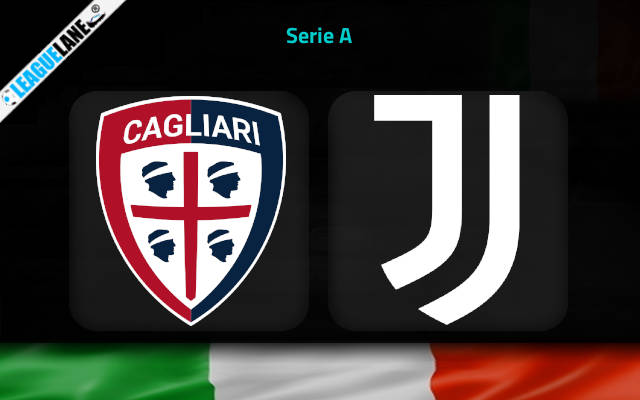 Cagliari significantly complicated their situation own in the bottom half of the Serie A standings with a thread of four straight defeats.

They are now just three points above the danger zone and could well drop into it after this weekend as they play host to the likes of Juventus on Saturday evening at Unipol Domus.

Juventus will not enter the tie in the highest of spirits either after a disappointing 0-1 defeat to Inter Milan six days ago at Allianz Arena.

The loss to I Nerazzurri moved Massimiliano Allegri’s troops out of the title contention. I Bianconeri are now eight points behind leaders AC Milan.

The gap is a bit too high knowing there are only seven matches left to play. Nonetheless, we see Juventus as enormous favorites here against out-of-form Cagliari based on everything we’ve seen from these two teams in the recent weeks.

Juve did lose to Inter Milan last time out but they were the dominant side on the pitch against the reigning champions, limiting them to just a single shot on target on the occasion.

On the other side, Juve had 23 total shots. It was not their day just. Allegri’s men will have much more space to deliver up front here against Cagliari who have shipped five goals in a demolishing defeat at Udinese last weekend.

Cagliari will go into this off of a four-game losing streak and a terrible display in a humiliating 5-1 defeat at Udinese. Juventus, on the other side, were on a four-win streak before a narrow 0-1 loss to Inter Milan last weekend.

The gulf in quality between these two outfits is huge and we expect the visitors to justify the favorites tag and pick up an easy win on Saturday night at Unipol Domus.