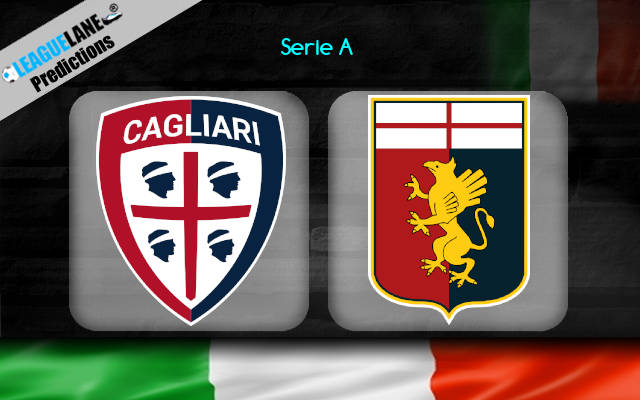 A run of seven consecutive games without a defeat saved Cagliari’s season, leaving them four points clear off the red zone ahead of the final day fixture against Genoa. Can they finish the Serie A campaign on a high with a victory on Saturday evening at Sardegna Arena?

Cagliari have been under a huge pressure in the last couple of months, but they showed strength and quality just when it mattered most to avoid the drop to second-tier football.

After a run of seven super tough fixtures, Leonardo Semplici’s troops will finally enter one game without any kind of pressure.

They held the Champions League hopefuls Milan to a goalless draw six days ago at Stadio Giuseppe Meazza. This result, paired with Benevento’s slipup against Crotone, means that Cagliari will enter the last round four points clear off Benevento.

Semplici could thus rotate his starting line-up for this non-important clash against Genoa, but we do expect the hosts to come into the game highly motivated to finish the season with eight successive matches without a defeat.

Cagliari won four and drew three of the last seven league outings which is a super-impressive run if we know they’ve played the likes of Roma, Napoli, Fiorentina, and Milan in the process.

Unlike their counterparts, Genoa have been on the beach for quite some time now. They played for nothing but pride in the last month.

As a consequence, Genoa lost three of the last four league matches, conceding as many as ten goals in these three defeats. Four of these ten goals came last weekend when Genoa fell 3-4 at home to Atalanta.

The home court advantage has always played a massive role in this match-up. Cagliari have been the dominant force in home clashes against Genoa, winning 13 and losing only 3 of 19 such clashes.

Genoa, however, clinched a narrow 1-0 victory when the two outfits last locked horns. It happened in late-January this year at Stadio Comunale Luigi Ferraris.

Cagliari will come into this in much higher spirits and we have reasons to back them to finish the season in a strong fashion and record a victory over the non-motivated Genoa side. The hosts have been much tougher to break down lately as they kept back-to-back clean sheets against the likes of Fiorentina and Milan.

We believe they should have what it takes to exploit Genoa’s defensive holes and the home win has to be the way to go here. The value is phenomenal with the hosts to keep their third straight clean sheet at the sky-high 3.50 odds.