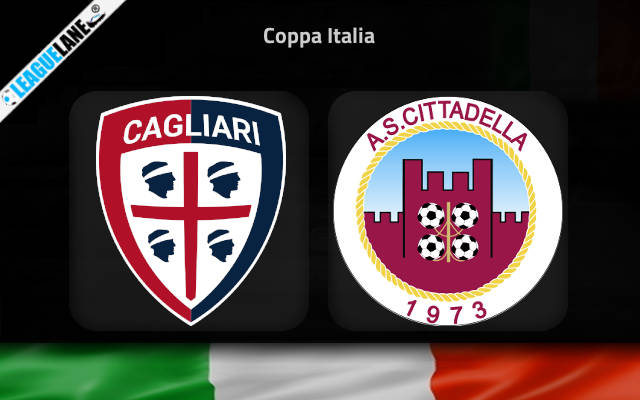 Only 4 more matches to be played in Stage of 16 in Coppa Italia and Cagliari against Cittadella is one of the last matches in Coppa Italia which will happen this Wednesday at Cagliari.

Cagliari are in the relegation zone of Serie A with only 10 points and Cittadella are in the 7th position of Serie B with 28 points.

The host Cagliari had their most previous match in Serie A, which was against Inter Milan. The match ended with a devastating loss for the team with 4-0 FT score.

As for the visitors Cittadella, their last match was against Ascoli in Serie B which ended with a win for them with 2-0 FT score.

Cagliari is one of the teams who has achieved straight selection into the stage of 32. Their performance in Serie A is not the best, which has put them in the bottom half of the table. The hosts have not won a single game in the last 9 matches. They have 1 win, 7 draws and 9 losses so far in Serie A and has scored 17 goals and conceded 34 goals.

Their last match in Coppa Italia was against Pisa, in which team won with 0-1 FT score. Cagliari has not failed to score in the last 7 of their Coppa Italia matches.

Cittadella gained straight selection into the stage of 32 from Serie B. They are playing well in the moment with an ongoing 7 game no-loss streak. The visitors have 8 wins, 4 draws and 5 losses in Serie B and have scored 20 goals and conceded 17 goals so far.

Cittadella faced Monza in the stage of 32 of Coppa Italia in this season, which the team won with 2-1 FT score.