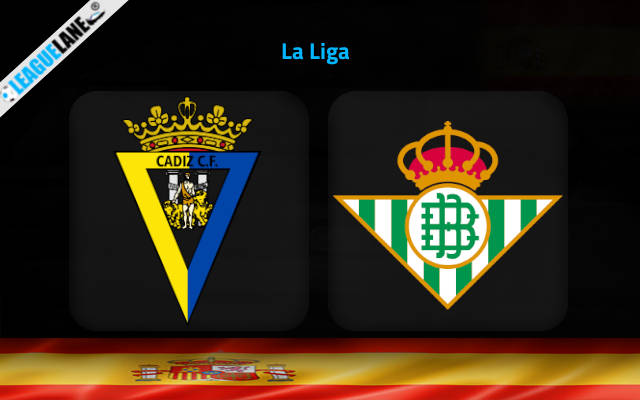 Betis are in early running for a top-six finish, and they have a great opportunity coming up this Wednesday, as the two teams below them have tough fixtures coming up. Moreover, they will be motivated even more as they are pitted against one of the worst in the league – Cadiz.

Cadiz are placed 19th in a table of 20, and so far they have managed to register a single win. Incidentally their only victory came against the struggling Valladolid, and they also scored the least number of goals of all the teams in the competition.

In fact, they so far could find the back of the net just four times from their nine fixtures.

Furthermore, they have a 100% winless record at home as of now, and barring just two draws it become a 100% losing record. Note that one of these two draws came against the 18th placed Espanyol.

Meanwhile, Betis are placed sixth in the table at the moment, and of their two total losses so far, one came against defending champions and toppers Real Madrid.

In addition, they deserve special appreciation for having been one of the best defenses in the Spanish top flight this season. Only Barcelona and Villarreal have conceded fewer goals than them till now.

Also, they have a dominant h2h record against this rival over the years, and all of these combine to pick out Real Betis as the clear favorites this Wednesday at the Estadio Nuevo Mirandilla.

Cadiz have a single win to their name in the past five months, and this sole victory came against the struggling Valladolid.

Meanwhile, Betis are one of the contenders to secure a European spot from Spain this season, and they will try to take good advantage of this rather easy fixture.

They are in good form, and importantly they have a great h2h record against this rival over these years.

Surely expect Betis to be the better team on the pitch this Wednesday.

Tips for Cadiz vs Real Betis