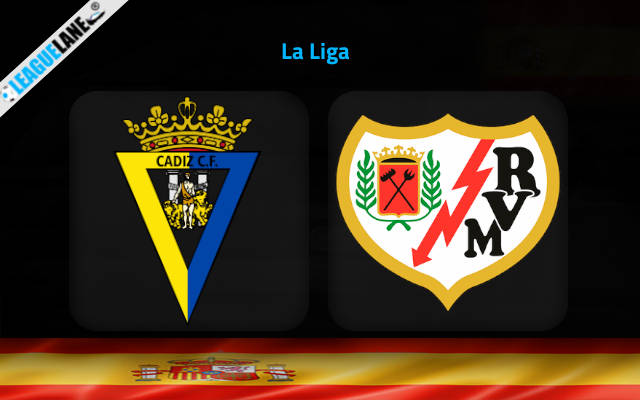 Despite losing fewer games than a handful of mid table Spanish top flight clubs; Cadiz are not going to stay up in the Premier Division. Especially, if they are eyeing for draws anymore, as the deficit to survive relegation is growing every match day.

They were last seen on a trip to Granada, where they held the hosts to a goalless draw. The result marked their 3rd consecutive draw and second in three games with such a score line.

Gaining six points from their last five games which accounts for 28% of their total point tally, they are now sitting 18th in the league, four points behind safety.

Rayo Vallecano have not won a La Liga fixture in 2022. Thanks to their incredible start to the season, they have managed to stay mid table despite delivering dreadful performances.

With that being said, they cannot retain this position for much longer and need to return to winning ways sooner rather than later.

In their most recent fixture, they welcomed Real Madrid to the Campo de Fútbol de Vallecas and did a fine job holding them to a goalless game for the first 82nd minutes. However, an 83rd minute winner by Benzema meant they gained nothing from the fixture.

The result was the club’s 5th straight league defeat. Following this, they are now 12th in La Liga, ten points clear of the relegation dotted lines.

The visitors are winless in their last eight league fixtures and hence, I do not see them winning this fixture. Furthermore, their opponents have nearly as many draws as wins and losses combined this season and have done so in four of their last five games. Consequently, a draw is the most likely outcome of this game.

All of Los Vallecanos’ draws away from home have ended 1-1. A similar score line was witnessed in three games at this venue already this season and so expect the outcome this Sunday.