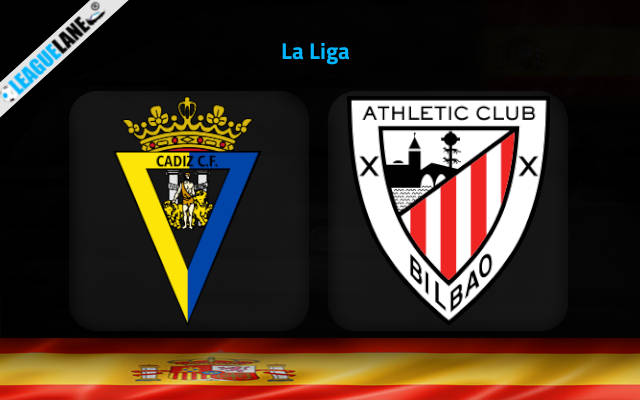 Bilbao narrowly missed out on a ticket to one of the European competitions the last season from the Spanish top flight. Meanwhile Cadiz were lucky to have avoided getting relegated to the second division.

They were placed 17th in a table of 20 and all through the campaign they had managed to post just 8 wins. They could not even manage to score goals at the rate of at least one per fixture in the previous league competition and at the end of the run they had a -16 goal difference as well.

Even this time around they have started their campaign on a totally worrying note. They have a 100 percentage losing record so far and they are the only team to yet to find the back of the net at least once.

Meanwhile Bilbao finished eighth in the table the last season and missed out on the cut off for European qualification by just 4 points. As such they will be determined to make amends this time around and have started on a good stretch of performances as well.

They have a 100 percentage unbeaten record so far and they are also yet to let in one goal into their nets. In fact they had registered a victory against Valencia in their latest league encounter as well.

Considering these observations as well as the head-to-head domination of Bilbao, expect a victory for them this Monday.

Cadiz are on a 5-fixture losing streak and they had let in 2 or more goals in 2 of their past 4 matches as well. Moreover, the last they managed to win in front of their home crowd was more than 5 months back.

On the other hand, Athletic are on a 5-fixtures unbeaten run and they had remained so in 11 of their previous 14 games. In addition, they had recorded a 0-3 win in their latest away match and they have a dominant head-to-head record against this opponent as well.

Taking into account these observations, expect a victory for Bilbao.

Tips for Cadiz vs Athletic Bilbao