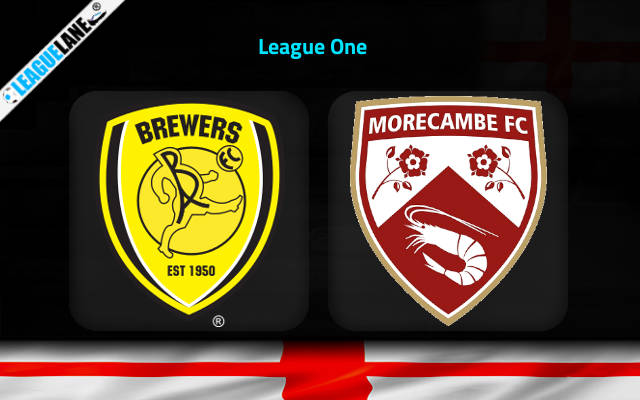 Burton and Morecambe have combined to produce a total of just eight wins from their total 23 games in the league so far. They have been conceding in plenty all throughout this new season, and are expected to do the same this upcoming Friday as well. Read our Preview, Predictions, and Betting Tips with Analysis here.

Burton lost 2-1 on the road the last match-day, against Plymouth. In the meantime, Morecambe lost 4-3 on the road against Wycombe.

Going on, Burton were winless in 10 of their previous 11 overall games, and they had conceded two or more goals in four of their past six fixtures. They also have a total of just one clean sheet at home this season, and just three at this venue in the whole of 2021.

On the other hand, their counterparts were winless in nine of their past twelve overall fixtures, and they had conceded two or more goals in six of their former eleven match-ups.

Going on, goals have also come in plenty in previous h2h clashes over the past seasons.

Considering all these factors, expect a high-scoring affair this Friday at the Pirelli Stadium.

Burton are placed 10th in the table, and they have been winless in eight of their total twelve league games so far.

They had finished 16th in the table the previous season, and had let in a total of 73 goals in the process, while the dead-last placed Bristol Rovers had conceded just 70.

Meanwhile, Morecambe have a single win on the road in the 2021-22 edition of the League One, and they have let in the same number of goals as that of the dead-last placed Doncaster.

Tips for Burton vs Morecambe