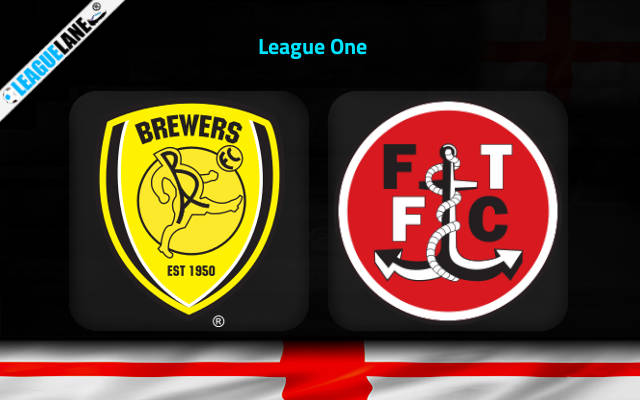 Fleetwood Town are on a pathetic run in the league losing the last 3 games in a row. It has been over 10 games since they have last seen a victory and are at the edge of falling into the relegation. Burton Albion are also on a 3-game losing run in the league and their current form is been declining, as the team has won only once of their last 9 matches. With both teams in dire need of a win, will face each other at Pirelli Stadium in Burton for the 38th Round of League One.

The Cod Army is at the 19th spot on the standing with 33 points from 35 games. They won 7 times in the league while drawing on 12 and losing on 16 other occasions. They scored 48 in total while conceding a sum of 63 which is the second worst in the league.

Fleetwood marked their third consecutive loss, last week against Sunderland by 1-3. An unfortunate run for this away team has seen them allow more than one goal in their last 10 League One games.

On the other hand, The Brewers resides at the 15th position on the table with 44 points. Of the 37 matches played, they won on 12 games while drawing on 8 and losing on 17 other occasions.

Burton marked their third consecutive loss, last week against Oxford by 1-4. Fixtures involving them has proved to be exciting encounters recently with plenty of scoring. Over their past 6 games alone, the sum of 23 goals have been recorded for both sides combined with only 7 of those being scored up by the Brewers.

Both teams are equally suffering in the league with 3 games losing in a row. However, the Brewers won the last 3 h2hs in succession and with that stat in hand, we feel that an away win is possible this weekend.