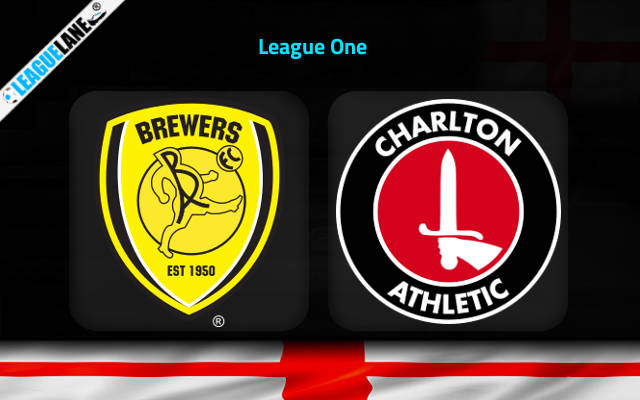 Burton Albion is set to welcome Charlton Athletic to the Crown Ground this Saturday in matchday 17 of EFL League One. The match is set to kick off at 15:00 UK. Read our Preview, Predictions, and Betting Tips with Analysis here.

Burton vs Charlton Prediction and Analysis

The Brewers had a very poor start to the season as they had gone 7 matches without registering a win in the early proceedings of the season but they have turned their fortunes and are now on track for a climb up the table.

They are currently 11th in the league having accumulated 22 points through 6 wins and 4 draws. In their previous match, they ended up second best to the league leaders Wigan in a 2-0 scoreline on the road.

The visitors on the other hand had an even worse start to the season as they had just 1 win until September. They have since managed to pick up a few wins here and there, interestingly most of them in away games.

They currently occupy the 18th position in the table with 16 points coming through 16 matches. They held Rotherham to a 1-1 draw at home in the last match week.

The teams have had a similar run of games leading into the fixture. The hosts’ home form has not been the most impressive while the visitors have performed well on the road. The match could go either way. However, with their h2h history, a draw is unlikely.

The teams have managed to score a fair amount of goals in the season and have rarely ever failed to score, with not many clean sheets that either defence could boast about we have predicted both teams to contribute to a goal-line of over 2.5 goals.

Tips for Burton vs Charlton