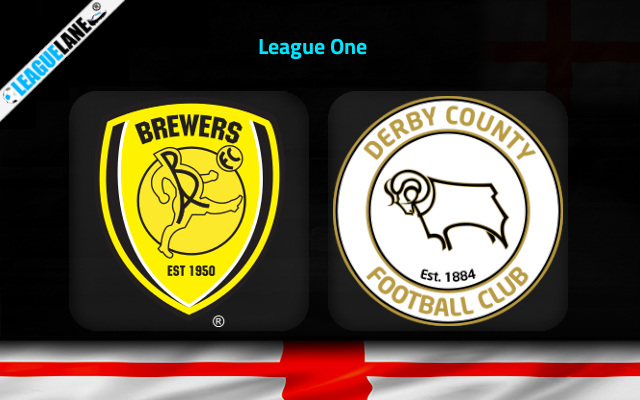 Burton vs Derby Predictions and Free Tips from our expert tipsters when the teams go head-to-head in the England League One on Saturday, 10 December 2022.

Burton is currently having an unimpressive form. The team is going through a phase where a win is essential. They are currently second from the bottom of the table.

The last time they met was in 2019 in a friendly match. Derby won 2-5 that day. In fact, these two teams have never met in a League One match.

Derby have won six of the last 10 meetings at this stadium. Meanwhile, home side Burton have managed just three wins against Derby in the same stretch.

Who will win the match between Burton vs Derby?

Derby are in an unbeaten form for three games on the road. Moreover, they have a decent head to head form against this Burton at this venue.

Moreover, Burton have only won one of their last five home matches. So Derby is most likely to seal a win on Saturday.

A combined sum of 21 goals were scored in the last five league games which Burton involved. 12 of those came from the opposite team.

On the other side, Derby have scored a total of 8 goals in the past five outings. Therefore, over 2.5 goals ft can be expected here.

It is worth noting that Burton’s scoring side is currently having an impressive form. Their offensive side has put in good performances in the last few games.

Also, matches involving Derby have seen both teams scoring trend lately. So we can expect goals from both ends here.

Taking into account these observations, we like to back Derby to seal a win. Anyway, we don’t expect a one-sided affair since both teams seems to have an in-form attacking side.