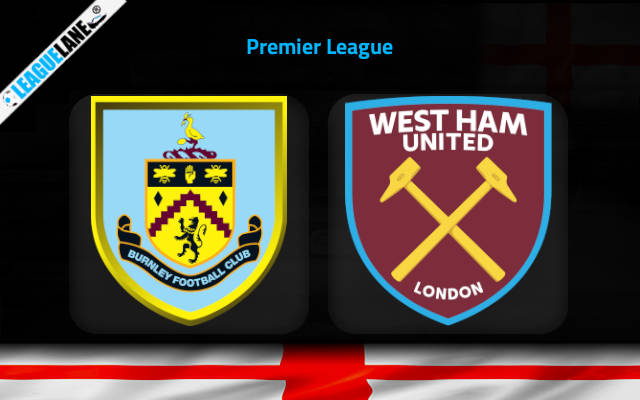 West Ham continue to be one of the best teams in the English top flight this season, and they really have put their names into consideration for a top-four finish as of now.

However, other contenders have stepped up their efforts, and the team is now under pressure to keep delivering good performances.

This weekend, they have a great opportunity to post the three points on the board rather easily – considering they are taking on one of the worst teams in the league – Burnley.

Keep in mind that the win will have to be earned. But by all indications, the Hammers are looking like the favorites.

Burnley lost 1-0 on the road the last match-day, against Newcastle. And incidentally, this was the first ever win for the Magpies in the 2021-22 edition of the PL.

Going on, they were winless in 16 of the past 18 overall fixtures, and they have won just twice at home since January. One of these wins had come in the EFL Cup, against a team from the lower division.

On the other hand, the Hammers recorded a 3-2 win at home the last game week in the PL, against none other than reigning European champions Chelsea.

They have also been scoring goals in plenty this season, and really have been a different breed of performer on the road all along.

Taking into account these observations, as well as past h2h stats, expect a win for West Ham this Sunday at the Turf Moor.

Tips for Burnley vs West Ham