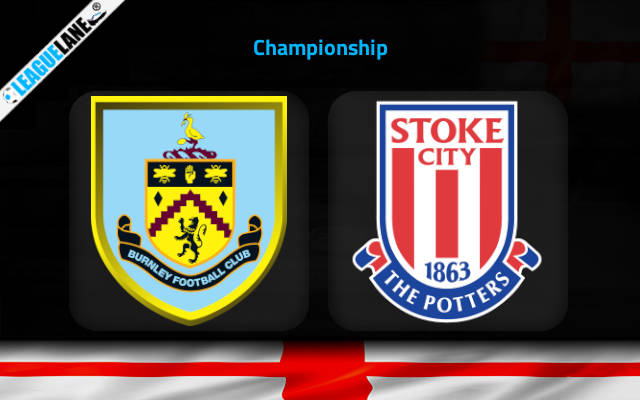 Burnley Line up against visiting side Stoke on Wednesday at Turf Moor in a Championship fixture.

Stoke had a season to forget in the previous season at English Championship as they finished at the bottom half in the league standings.

Stoke is even more worrisome on the road as the team lost half of their away fixtures so far in this season.

Meanwhile, , Burnley seems to have picked up things lately. They have a 100% unbeaten record so far this season, barring a single fixture, and they are also consistently finding the back of the net.

As of now, they are placed 4th in the table, and their aim would be to climb into one of the advancement spots. In their prior 6 fixtures, Burnley hit the target a total of 18 times.

The current home form Burnley looks impressive. They are on a 6-fixture unbeaten streak in front of their home crowd. Do also note that they had scored a total of 7 goals in their previous 3 home fixtures.

On the other hand, Stoke lost 4 of the past 7 on the road fixtures. Do also note that they had failed to score against this opposition in the previous three head to head encounters at this stadium.

Considering all these observations, expect a winning performance from the home side Burnley on Wednesday.