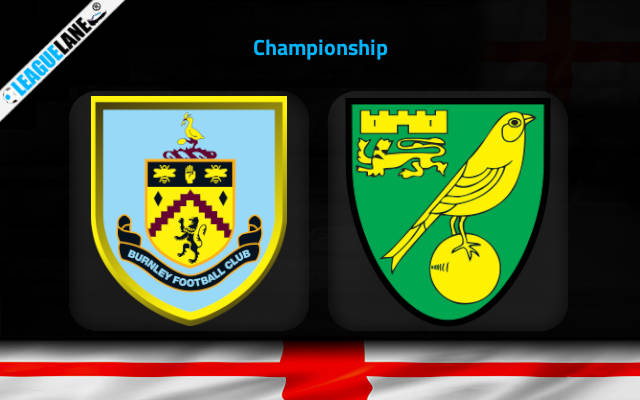 Burnley are currently one of the best teams in the Championship. They are on a long stretch of great performances, and are also placed third in the table. Meanwhile, Norwich are one of the worst in the league based on recent performances.

In fact, they are the only team in the whole tournament to remain winless in the past five game weeks. They are letting in goals in huge numbers, and particularly on the road they have been in an even bigger mess.

Their defense is a major issue for a whole lot of their problems – so much so that they have three clean sheets on the road to their credit in the past eight months.

Meanwhile, not only are Burnley placed third in the table, but they are trailing one point below the toppers. Note that they also have a game in hand.

Going on, they lost just once all through the campaign, and they are also one of the only two squads to remain unbeaten in the past five match-days.

In addition, they have a rather superior h2h record against this opponent over the years too.

By the looks of things, expect a win for Burnley this Tuesday at the Turf Moor.

Burnley recorded a 2-4 win on the road the last match-day, against Sunderland. It was such an inspiring win for them after going down 2-0 early in the first half itself.

In the second half of the game, it was a total ‘Clarets Show’. One after the other they slotted in four unanswered goals to complete their comeback. This added to their already long and active unbeaten streak.

Coming to this fixture, they are at home, and are pitted against the Canaries, who currently have the longest active winless run in the Championship.

Norwich are letting in goals in huge numbers, and particularly on the road they are struggling to raise any kind of challenge lately.

Add to that their poor h2h record lately, and we have a potential winner in Burnley this Tuesday.

Tips for Burnley vs Norwich