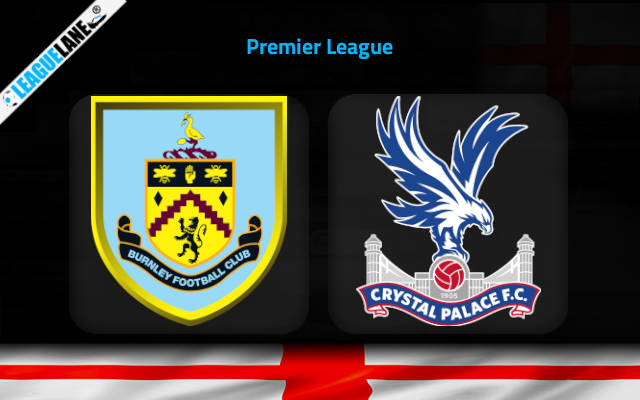 Burnley have been one of the worst teams in the competition this season, and it’s really no wonder that they are placed in the relegation zone at the moment. With a single win so far this whole season in the PL, their prospects look really dull.

Meanwhile, Crystal Palace may have made a slow start to their campaign. But they are slowly picking up their pace, and seem to be eager to make up for lost time.

Currently they are on an unbeaten run, and are also scoring in plenty. Surely expect them to take advantage of this easier match-up, and go after a huge win.

Burnley were held to a 1-1 draw the last match-day by Chelsea. They were also winless in 12 of their past 15 games, and their only two wins at home since January had come against teams that were playing in the lower divisions in 2020-21.

On the other hand, Crystal Palace recorded a 2-0 win at home the past game week against the Wolves, and they are also on a six-game unbeaten run.

In fact, before the Wolves match-up, they had even defeated reigning champions Manchester City with a 0-2 scorecard – that too at the Etihad.

Going on, while recent h2h results have favored Burnley, overall superiority still goes to their counterparts. Moreover, Burnley have really become worse compared to their performances in the seasons before.

As things stand, expect a win for the in-form and determined Crystal Palace.

Tips for Burnley vs Crystal Palace