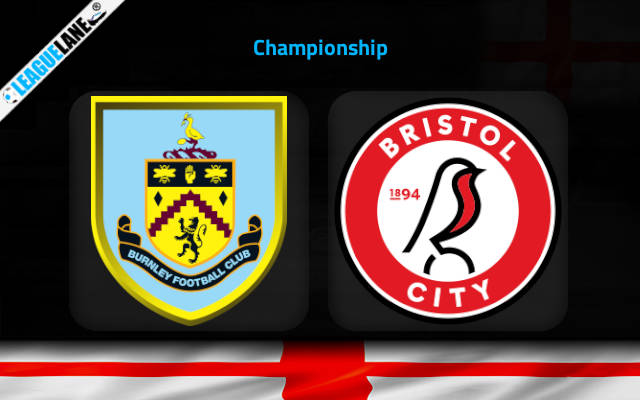 Following two back-to-back victories, Bristol City will have a chance to extend their winning streak to three games this Saturday at Turf Moor. They will clash with Burnley in an early kickoff.

It needs to be mentioned that Burnley got relegated from the Premier League last season. They have started the new season in the Championship on a good note. The team managed by Vincent Kompany have only lost a single game this campaign.

However, they struggled against Preston last time. The game ended in a stalemate, Taylor Bellis scored the goal in the 10th minute. Also, more than half of their Championship matches have ended in draws this season.

Following this result, the host currently occupies the fifth position on the table.

On the other hand, Bristol City are having a decent season this year. The team is unbeaten in their last eight games in all competitions.

In their most recent game, they defeated Blackburn Rovers by 3-2. Nahki Wells notched a brace in that game within a gap of eighteen minutes.

The only concern for manager Nigel Pearson will be that his team have conceded eleven goals in their last eight matches.

The recent form is looking very bright for Robins. So far they have won four of their previous five outings. On the other hand, the host are winless in three of their last five matches. Do also note that 55% of Burnley’s games have ended in stalemate this season.

Moreover, Nahki Wells has scored three goals in his last two appearances. The team’s strength lies in its attacking frontline. They are scoring goals at the rate of 2.00 goals per game.

Therefore, we can expect a tightly contested game in this upcoming fixture.

Our prediction is that Burnley will win with Over 2.5 goals- at 1.72 odd. This is after considering that both the host have scored over three goals in three of the last five head-to-head meetings.

Our second tip for this game is that Nahki Wells to score anytime – at 4.00 odd. He has scored four goals in his last seven appearances.