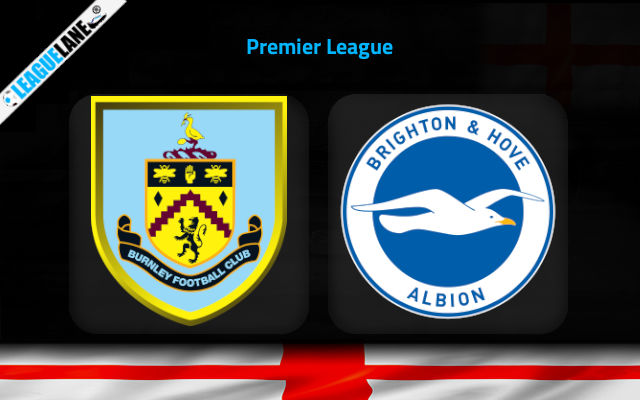 Last season Burnley finished in 17th place although relegation never looked on the cards as the season was wrapping up because they managed to finish 11 points in front of 18th placed Fulham, but the club will vastly want to improve on that position for this season.

In pre-season Burnley won six of their seven games although the majority of those were against lower league English clubs. They did beat Newcastle 1-0 though. In their last friendly game Sean Dyche’s team lost 2-0 to Spanish side Cadiz.

The big buy for the club was Nathan Collins and the defender comes from Stoke City for £12m.

Brighton finished in 16th place last season and so these two teams had very similar seasons last time out. The club won 9 games and the aim will not be to finish 15th and higher in this very tough league.

Graham Potter’s side could not hang on to England international Ben White who was sold to Arsenal for £50m and that will be a big blow to the side. The club played just three pre-season friendlies and their last game ended in a 2-0 defeat against Getafe.

Here we have two equal sides and whose games traditionally do not have many goals. And what are the goals of both teams? In truth it seems that survival is key and anything else would simply be a bonus. Both teams have not really impressed in the transfer market either and we don’t expect to see a great game.

However, there should be an uplifting atmosphere as fans are back at the stadium and this should be enough to encourage the home side and we will be backing them to produce a very narrow victory and get their season off running to the best possible start.