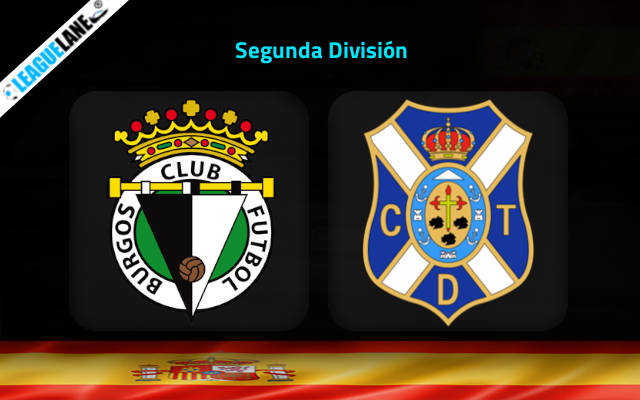 The 33rd Round of LaLiga2 is scheduled at Estadio El Plantío in Burgos where the Tenerife squad who are on the run for leading the league Play Offs will be visiting, hoping to snatch all 3 points from the struggling hosts.

Tenerife is 4th in the league and second in the Play Offs has 55 points so far. They won half of the 32 games played this season. The hosts has been not consistent as of late since they lost thrice from their last 5 league schedules.

The visitors suffered a 1-0 defeat against automatic promotion challengers Almeria, last weekend. The Canary Islanders have not struggled with their travelling this season and actually have the best away record in the league.

On the other side, Burgos CF are unbeaten at half time in all of their last 21 home matches in all competitions but are in the 12th spot on the standing. They have 42 points from 32 games played so far with 12 wins and 14 losses in total.

Burgos’ 1-0 defeat away to Huesca last weekend makes it just one win in their last 5 matches. It has been an impressive campaign for the newly promoted side but they are now fading into the bottom-half of the table. They have a good record of 22 undefeated games of their last 25 home encounters across various competitions.

Tenerife has a good record of 7 undefeated games of their last 8 away encounters in all competitions while having scored at least once on each of them.

Coming into this clash, Burgos haven’t won at home in the past 2 league schedules. They haven’t made the most of their chances of late as their goals record stands at just 4 against opposition teams over their previous 6 outings.

The visitors are the clear favorites coming into this one, due to their strong h2h dominance previously and their best away performance this season with undefeated in 75% of the games played on road.