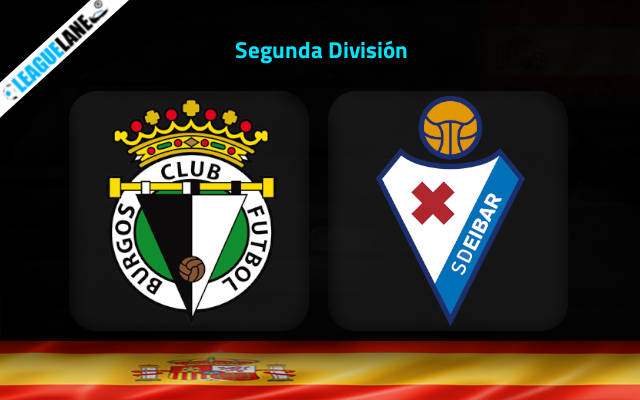 Burgos vs Eibar Predictions and Free Tips from our expert tipsters when the teams go head-to-head in La Liga 2 on Thursday, 8 December 2022.

Burgos are one of the best teams in the league this season. They are currently in the second position on the table. However, they are not in good shape at home as they are winless in their last two matches.

At the same time, Eibar finally ended their three-game winless run. As they edged past Huesca in their last league outings. This victory helped them reach the sixth position on the table.

Both teams last clashed back in February this year. The visitors won that time as they put two goals past this team. Moreover, they are on a three-game winning streak at Burgos’s home ground.

The last time Burgos won this fixture was way back in 2006.

Who will win the match between Burgos and Eibar?

Eibar will most likely win this fixture. They have a very strong winning record against Burgos. It is important to mention that the host are winless in their last two home matches. Also they lost to Tenerife who are a mid-table team.

The last three encounters have been in Eibar’s favour as they have won by scoring at least one goal.

Burgos rarely scores against this team. The visitors have kept a clean sheet in four of their last five overall head-to-head meetings. We can expect the same pattern to follow up this time as well.

The visitors have an excellent winning record against Burgos. Now, it is important to understand that the host are not in good shape in their last two matches. We can back Eibar to win this game by 1-0 – at 6.00 odd. They have won every fixture starting from 2007.

Moreover, the host have not won at home since late October.

Our second tip is that Eibar will keep a clean sheet– at 2.37. The visitors have kept three consecutive clean sheets against this team.