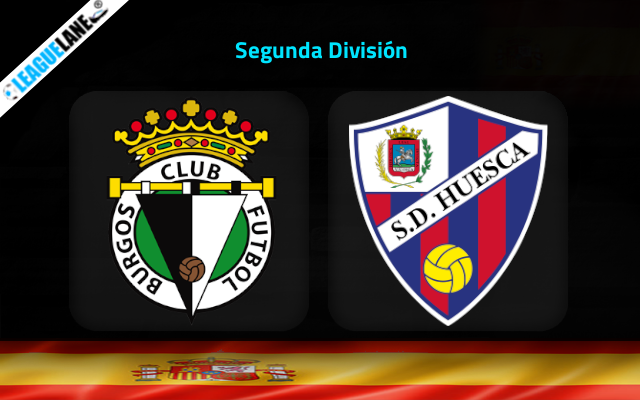 Burgos CF vs SD Huesca Predictions and Free Tips from our expert tipsters when the teams go head-to-head in the Spanish Segunda Division on Sunday, 18 December 2022.

Burgos CF will be hoping to bounce back from a 1-0 defeat from their previous league outing against Granada. They are on a two-fixture losing streak and should end the slump before the teams below them take over their current position inside the safe zone.

They have only met four times in the past. Huesca won two, drew one and lost one against Burgos.

At this stadium, Burgos CF is having a 100% unbeaten record against SD Huesca. The latest encounter had finished in a 3-1 win for Burgos.

Who will win the match between Burgos CF vs SD Huesca?

Although the hosts are having a three-fixture winless streak at home, they will enter this fixture with enough of spirits as they faces a Huesca side which lost the last four road trips in a row.

Since Burgos have a good h2h form against Huesca at this stadium, we expect a victory for the home side on Saturday.

Less than 30% of the matches played by Burgos and Huesca were high-scoring affairs. On top of that, neither of these two are in possession of a strong attacking side which can net in goals at a good rate.

In that case, we expect this match between Burgos and Huesca at Estadio El Plantio on Saturday to have fewer than 2.5 goals ft.

Burgos owns the best defensive side of this season. They have recorded six clean sheets in the last 10 home matches. Since Huesca failed to score in three of the last four road trips, we don’t expect a both teams scoring scenario here.

Taking into account these observations, we expect a victory for Burgos CF at 2.25 odds. Both teams to score: No seems to be a decent alternative considering the strong defense of the hosts.