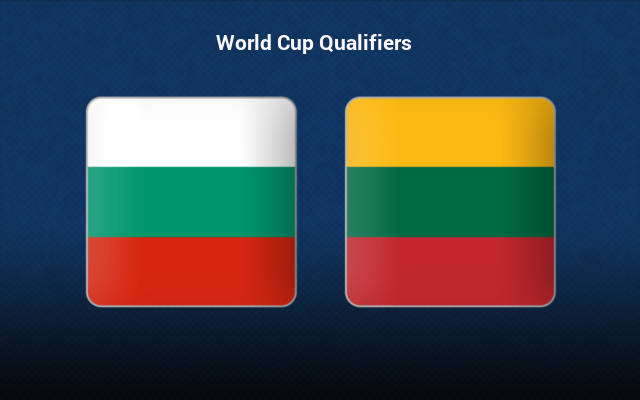 Bulgaria and Lithuania are the two worst teams in Group C, and of the two, the latter are the absolute worst. Both teams are winless so far in the Qualifiers, and this is the rare opportunity for Bulgaria to record a win, and the expectation is that they will do so.

As of now, they are ranked 75th in the world by FIFA, whereas their opposite number are placed 56 spots below in the 134th position.

Going on, Lithuania are placed bottom-most in Group C, and have a 100% losing record. They have also scored the least number of goals, and have conceded the most.

On the other hand, the Bulgarians have remained unbeaten in their campaign, barring losses in first two games. And in the process, they had even secured a draw against reigning European champions Italy.

On top of that, they also have a good h2h record over Lithuania. And for all these reasons, expect a win for Bulgaria this Sunday at the Nacionalen Stadion Vasil Levski.

Bulgaria registered a 1-1 draw on the road the last match-day, against none other than Italy. In the meantime, Lithuania lost 1-4 at home against Northern Ireland.

Going on, while the recent record of both teams are nothing spectacular, Bulgaria have the better of the two.

They were unbeaten in three of their past five fixtures, and they had remained so in ten of their past twenty five appearances at home. In the process they had even gone on a five-game winning stretch.

On the other hand, their counterparts are on a seven-match losing run, and they had a combined scorecard of 2-19 in the process, in favor of their opponents.

Do also note that they had lost 15 of their former 20 road trips, and they have a total of five wins away from home in the past five-year period.

Taking these stats into account, expect a win for Bulgaria this weekend.