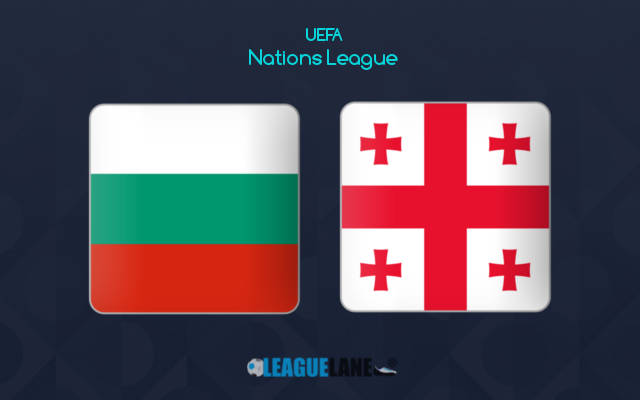 Bulgaria is set to host to the visiting Georgia in a match of League C in Group 4 at UEFA Nations League. They will locks horns out this Sunday at Huvepharma Arena in Razgrad.

After appointing Georgi Dermendzhiev as their new head coach, Bulgaria began their brief promotion in League B. Being drawn into Group 4 with Wales, Finland and Republic of Ireland. Their continuous losses in the group forced them to miss out on promotion to League A. With two more matches left, Bulgaria finished winless against Finland and Ireland, relegating the Lions to League C.

The hosts now come here on the back of a 2-1 away defeats over Qatar and Croatia in a friendly international, two months back. They have been scored against in all of their previous 6 games, giving up 13 goals along the way. Bulgaria also failed to qualify for 2022 WC after coming fourth in Group C of qualifiers.

On the other side, Georgian team have attempted to qualify for each major tournament from Euro 1996 onwards, but have not achieved qualification yet. They were able to qualify for the country’s first ever major playoff and managed to beat Belarus and thus the hope to qualify for UEFA Euro 2020 increased. But all that went in vain after their loss to North Macedonia.

Georgia showed improvements with a strong 2-0 win over Sweden at the 2022 World Cup qualification on last November and they are now on a 5-game unbeaten run across various tournaments.

Bulgaria won the last 3 home games in a row bagging 7 goals overall. They have also seen beating the same opponents on last September by 4-1 on a friendly international. They also remain undefeated in their last 4 h2h matches.

Meanwhile, Georgia lost thrice form their last 6 away fixtures. But they come here on the back of a 3-game unbeaten away run. The visitors doesn’t have a good track record over this rival as they won only once from their last 6 meetings.

By the looks of things, expect a victory for Bulgaria, this weekend.