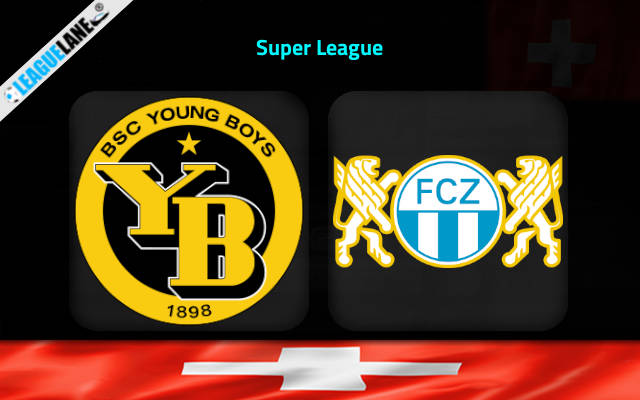 Zurich are the reigning champions of the Swiss top flight and they had won the title in style the last season. By the end of the campaign, they had a lead of 14 points at the top and they had the best goal-difference of all the teams in the competition as well, as expected.

Even now they are going through a good stretch of performances, and are finding the back of the net consistently.

Meanwhile, Young Boys are placed 3rd in the table and it needs to be noted that they had scored the most number of goals of all the teams in the tournament. They are also currently enjoying an in-form offense.

Going on majority of previous head-to-head clashes have had goals in huge numbers and taking into account all these observations, it is expected that we are about to witness a high-scoring thriller between two titans of the Swiss top flight.

The Young Boys are on a 10-game unbeaten run and they had also scored 2 or more goals in 3 of their past 5 fixtures. In fact, they had scored total of 7 goals in one of these matches as well.

On the other hand, Zurich had won 4 of their past 5 overall fixtures and they had scored a total of 27 goals in the process.

In addition, these 2 teams have almost always produced goal-fests whenever they have locked horns with each other.

Taking into account these observations, expect another high-scoring affair this weekend.