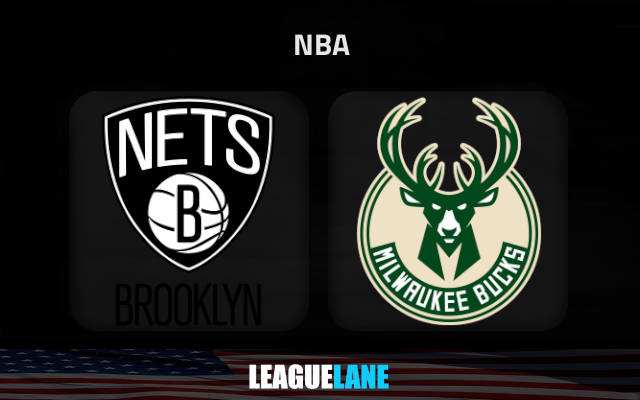 Milwaukee Bucks will be looking to maintain the perfect record on Wednesday night when they host Brooklyn Nets.

Brooklyn Nets are 1-2 after the opening three games of the season having suffered a 134-124 defeat to Memphis Grizzlies on Monday night.

The Nets have thus canceled out the good defensive showing from the win over Toronto Raptors. This was their second match (out of three) in which they allowed at least 130 points.

This is certainly not promising ahead of the affair against Milwaukee Bucks who have a phenomenal offensive potential.

As for the individual offensive performances for Brooklyn, we can only speak about Kevin Durant and Kyrie Irving who have scored 37 points apiece in the defeat.

The other players did not really offer much except for Nic Claxton who was decent once again with a 7-for-10 shooting and 16 points.

Royce O’Neale had a particularly poor night with a 3-for-12 shooting. Ben Simmons was quiet once again, taking only five shots for seven points.

Milwaukee Bucks eased past Houston Rockets in a blowout win at home on Saturday evening. Giannis Antetokounmpo had a monstrous game with 44 points and 12 rebounds in less than 28 minutes spent on the floor.

Jrue Holiday chipped in with a double-double with 19 points and 10 assists, while six more players have scored at least 9 points on the occasion.

The Bucks look much more solid defensively than the Nets at the start of the season. They limited Philadelphia 76ers to only 88 points in the season opener.

The fact Milwaukee are looking so dangerous even without Khris Middleton in the floor is fascinating and it is very hard not to consider them heavy favorites here against the Nets.

Giannis should storm past the leaky Brooklyn defense here

The Nets are struggling defensively at the beginning of the season and we can only wonder the damage Giannis Antetokounmpo is capable of doing against them on Wednesday.