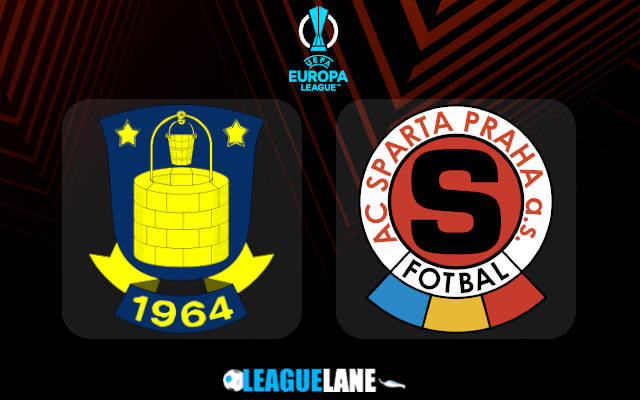 These two are underdogs in Group A expected to be dominated by French Ligue 1 outfit Olympique Lyon and Scottish giants Rangers.

Both teams reached here after losing Champions League play-offs in similar style as they lost both legs providing little resistance.

At the same time, domestic form of these teams are at contrasting ends.

Brondby after winning the Danish Super Lig title have managed to win just 1 game from 8 matches this season, drew 5 and lost 2.

The lone win came against direct title rivals
Midtjylland just before the international break. But the latest 1-1 to Silkeborg means they are yet to steady the sinking ship.

Sparta Prague are performing well in the Czech league, however they were handed their first defeat of the campaign by arch rivals Viktoria Plzen (3-2) in a five goal thriller.

Unless otherwise, they have been rock solid and won 5 and drew 1 of the previous 6.

The only previous pairing of the teams happened at the 2003/04 UEFA Cup. Brondby won both leg of the tie with a similar 1-0 margin.

That game against Sparta Prague is Brondby’s only meeting wit h a club from Czech Republic at UEFA competitions.

Sparta on the other hand met Danish oppositions for a total of 10 time. They have moderate success with 3 wins, 4 draws and 3 losses.

Their away record looks good with 2 wins, 2 draws and 1 defeat from 5 games.

Danish Champions Brondby are in all sorts of troubles this season and it is easier said than done to turn the fortunes against the resilient Sparta Prague.

The Czech giants had their share of troubles in Champions League qualifiers this season as well as in the crunch domestic league matches against Viktoria Plzen on the weekend. But they have been consistent otherwise and they must win here without much trouble.

We are also expecting some goals since both teams to scored paid in 10 of the last 12 UEFA games played by Brondby at this stadium.