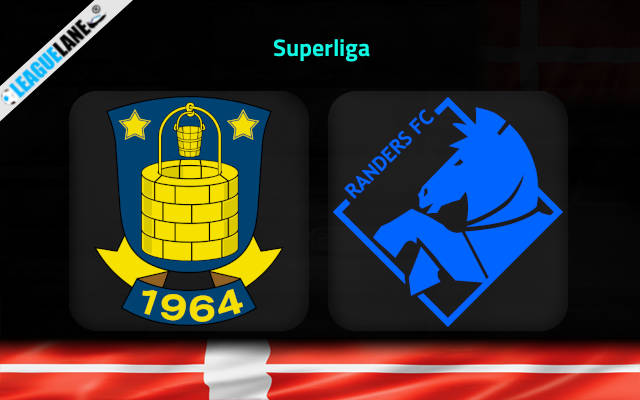 The playoffs of Superliga are underway and Brondby and Randers will play their first match in playoffs this Sunday.

Brondby had played well in their matches this season. From the last ten matches, the team has got eight wins, one draw and one loss. By the end of the regular season, the team stood in the third position of the league table with 40 points from 22 matches.

Brondby’s last match of the regular season ended in a loss for the team. They played against AaB in their last match, in which AaB scored three goals while Brondby could score none, ending the match with 3-0 FT score.

Randers had achieved mixed results from their matches this season. From their last ten matches, the team has got three wins, three draws and four losses. Randers stood fifth on the league table at the end of the regular season with 33 points from their matches.

Randers played their last match against Sonderjyske. Randers scored an equaliser in the match within five minutes from the opposition’s goal. The match ended in a draw with 1-1 FT score.

Randers are in a tight position when they face Brondby as their opponents. Brondby has played well in their recent matches. The loss in their last match came after an unbeaten streak which had lasted for over twelve matches. Randers have got mixed results from their matches. The strong for Brondby makes them a formidable opponent.

Brondby is the better team of the two and has more chance in sealing a win than Randers. The host has kept clean sheets in three of their last five matches. So we can expect this match to end with a clean sheet for Brondby.