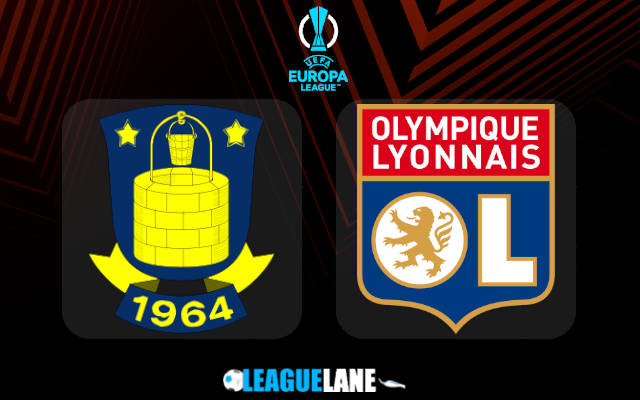 Lyon have been by far the best team across all groups in the Europa League and have already qualified to the Round of 16. They would be looking to win all their group stage games to send a statement to the rest of the teams leading into the knockout round.

Brøndby on the other hand need a win here to keep their chances alive to qualify to the knockout round considering the other match in the group ends in a draw. The team would land themselves in the Conference League knockouts if they achieve a third-place finish. Read our Preview, Predictions, and Betting Tips with Analysis here.

The Danish club registered draws at home against Sparta Prague and Rangers on either side of their away defeats against Lyon and Glasgow. They are currently bottom of Group A with 2 points to their tally, 2 points behind Prague and Rangers who are level on points.

In the Superliga they have not had the best of starts to their title defence as halfway through the league campaign they are 5th in the league, 7 points off the top of the table.

OL on the other hand have won all 4 of their group stage games leading into the fixture. They have scored more goals in the group stages than any other team in the tournament. While keeping clean sheets in 3 of the 4 games. With 12 points they are top of the group.

They have been mediocre according to their lofty standards in the league as they currently occupy the 10th position in the league, following 2 losses in their last 3 league games. However, with just 2 points separating them from 6th place Angers and with a game in hand, things should only progress from here on.

The visitors with their dominating performance in the campaign would go into the match as favourites against a team who never looked likely to qualify for the knockouts, despite the fact the former are likely to compete with a rotational squad.

Lyon are averaging 3 goals per match in the Europa League and will go against a side who have conceded an average of 1.5 goals per game. Lyon scoring over 1.5 goals is a safe option with a considerable profit margin.