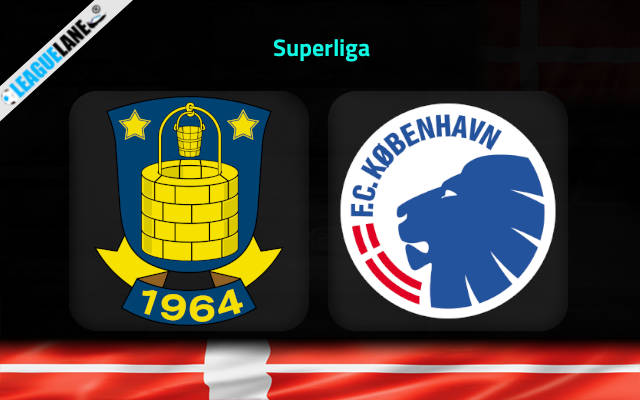 The league leaders FC Copenhagen who has been struggling as of late hopes for a change of situation as they travel to Brondby. This Championship fixture is scheduled on Sunday at Brøndby Stadion.

The Lions are at top flight in Superliga with 58 points from 28 games. They won 17 times in the league while drew on 7 and lost on 4 other fixtures. They have the best defensive side in the league as they have conceded a sum of only 17 so far. They have a 3-point lead at the top with a UCL qualifier promotion in hand.

In their previous fixture, FC Copenhagen drew 0-0 against FC Midtjylland. A tendency of at least one side getting a clean sheet in games featuring The Lions has been fairly consistent recently. Examining their last 6 games shows that it has occurred 5 times. The visitors lost twice from their last 5 and are without a win since back to back league games.

On the other hand, Brondby resides at the last spot in Championship Group on 6th position with 40 points. Of the 28 matches played, they won 11 times in the league while drew on 7 and lost on 10 other occasions. They finished the regular season in the elite class of Danish football at the third place but now they are having a tough time competing to the other 5 teams.

Brondby will be hoping to bounce back here following a 2-1 Superliga defeat in their last game at the hands of Randers. They seriously need to changeover here as they have lost all of the last 7 games played in the Championship group.

FC Copenhagen haven’t won away from home in the past 2 matches in the league. But they won 4 out of the last 5 h2h fixtures.

Meanwhile, Brondby are without a home win since the past 4 league games. They even lost the last 7 games in succession and has been clearly dreadful.

Considering the awful home form of the hosts, we predict Copenhagen to win this Sunday as they regain their momentum.