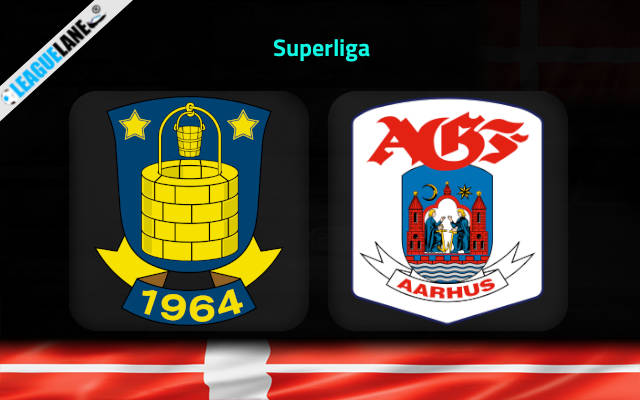 Brondby were one of the best teams in the Danish top flight like the last season and as a result they had even secured an entry into the Europe Conference League. Meanwhile, Aarhus barely managed to stay above the relegation cut-off.

Brondby had finished 3rd in the table at the end of the regular season and all along they had lost a total of just 4 times. They had one of the best defenses in the tournament and also they had missed out on the second spot by just 2 points.

Meanwhile, Aarhus had managed to win a total of just 6 times all through the regular season campaign and in the relegation round they had a surplus of just one point over the relegation cut-off.

Moreover, they also have a rather worrying record on the road for quite some time and in the process, they have also let in goals in huge numbers.

By the looks of things, expect a victory for Brondby this Sunday.

Brondby were unbeaten in 7 of their past 9 overall fixtures and they are also on a 2-game winning streak at home. They have lost just once at home since April and it’s also been more than 3 months since they have failed to find the back of the net at this stadium.

On the other hand, Aarhus were winless in 16 of their past 17 overall games and in the process they had gone on a 4-fixture losing streak, as well as 2 separate 2-game losing stretches.

Considering these observations, expect a victory for Brondby this Sunday in front of their home crowd.

Tips for Brondby vs Aarhus