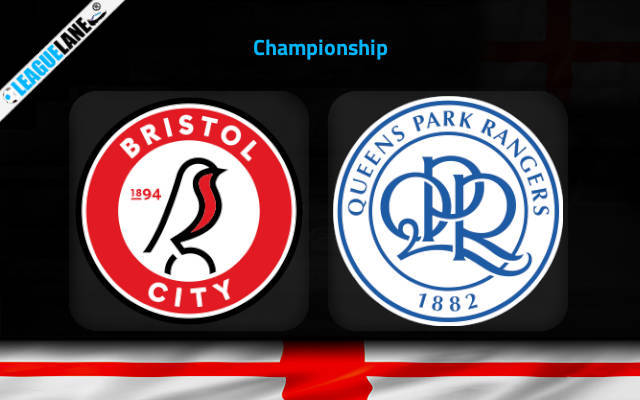 QPR were on a good streak of games just two match-days before. However, then they had to take on some tough teams (including toppers Bournemouth), and this has resulted in them dropping valuable points.

It has also turned them desperate. They are trying to get back into the top-six of the table, and will be going for the three points this Thursday.

However, Bristol City will have a thing or two to say about that. They are at home, and they have managed to have a decent run of games there lately.

Moreover, they also have the better h2h record at this venue in recent years.

By the looks of things, we are in for a fierce encounter, and the expectation is that goals will come in plenty this Thursday.

Bristol lost 2-3 at home the last match-day, and they had remained winless in 11 of their past 15 fixtures. Going on, they had a total of two clean sheets since September, and they have a total of just three wins at this venue in the past 11-month period.

Two of these three wins had come against Derby, and Barnsley – the bottom-most placed two teams in the table at the moment.

Meanwhile, QPR lost 0-1 at home the past game week, against Bournemouth. Going on, they had failed to keep clean sheets in 14 of their former 19 games, and they have a single clean sheet on the road since August.

On top of that, they also have conceded in plenty in h2h clashes in recent years – and particularly in the ones at this stadium.

By the looks of things, expect a goal-fest between the two teams this Thursday at the Ashton Gate.

Tips for Bristol vs QPR