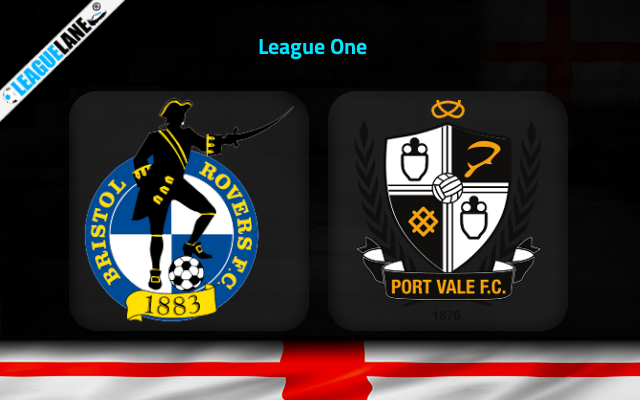 Bristol Rovers vs Port Vale Predictions and Free Tips from our expert tipsters when the teams go head-to-head in the England League One on Saturday, 10 December 2022.

Bristol Rovers have managed to climb into 15th spot in the table after bagging five points from their last three league games. It is essential for them to perform without dropping points at present.

But sealing a win won’t be easy for Rovers as they faces an equally stronger Port Vale on Saturday. Port Vale have climbed into the ninth spot after sealing back-to-back victories in the previous two league outings.

Both the teams won promotion to League One after delivering impressive performances throughout the last season. The two met twice last season and won one apiece.

In fact, the past 8 overall wins were evenly split, with four each for both sides.

Who will win the match between Bristol Rovers vs Port Vale?

Both the teams have a similar form at present. Moreover, neither of these two have an upper hand in the head to head. So it is not easy to predict a clear winner here.

This fixture is likely to have over 2.5 goals. Because both the teams are having a decent offensive line which have scored goals consistently in the last league outings.

The teams are not that strong defensively. Both have a goal preventing side that allows goals at a rate of 1.5 per game. So expect a both teams involving match at the Memorial Stadium on Saturday.

We are inclined to think that Bristol Rovers and Port Vale could both end up scoring in what should be a highly competitive match.

Therefore, we like to back the Draw option at 3.25 odds as the main bet. For the second tip, we like to place the Both teams to score bet considering the weak defenses of both.