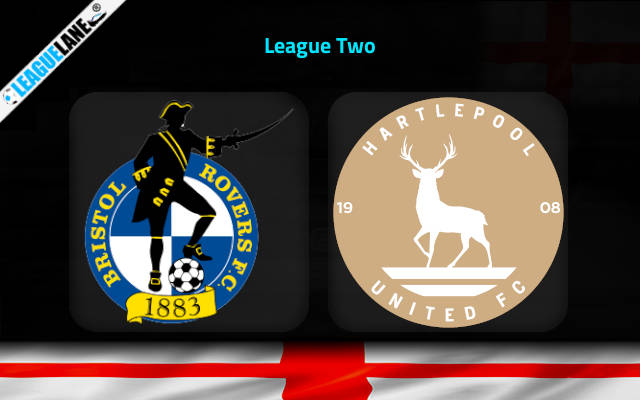 The Rovers were relegated from the League One the last season, and while they have not been at their best in 2021-22, they have certainly been on a good run at home lately.

Meanwhile, Hartlepool were promoted from the National League at end of the previous season, and so far this campaign they have been one of the worst in the fourth division.

Particularly on the road, they have been one of a poor streak, and are conceding goals in huge numbers.

Moreover, they have a worrying h2h record against this opponent as well.

By the looks of things, expect Rovers to have the upper hand at home this weekend.

The Rovers have lost just thrice in a league game since the first week of October, and only once at this venue in the same period.

They also have one of the most consistent offenses in the whole of League Two. In fact, the last they failed to score at home was back in August.

On the other hand, Hartlepool have been the absolute worst team on the road in the competition. In fact, of their total eleven league games on the road so far, they had lost nine. They had conceded goals in plenty all along as well.

And most importantly, they have an inferior h2h record against this opponent.

As such, expect a win for the Rovers this weekend, and do anticipate goals in huge numbers too.

Tips for Bristol Rovers vs Hartlepool