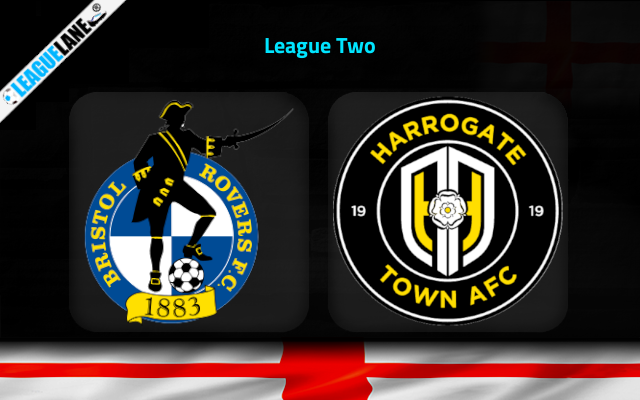 Bristol Rovers have been bettering themselves of late. They have managed to collect 10 points from the past 5 league fixtures to add up to a total of 51 points on the table. They sits at 9th with just four points difference with the safe zone. They have a decent attacking and an average defensive lineup.

However, they have conceded a defeat in their most recent league fixture against Newport away from home. The match ended a six-game unbeaten streak of Bristol Rovers. They will be hoping to return back to winning ways.

Meanwhile, Harrogate have a seesaw of form in the league of late. They sits 14th on the table with 43 points. They have a dreadful defensive lineup. On the other side, their attacking side looks impressive. Anyways, their inconsistency would be a concern for Weaver.

They have been going winless since three league games. Their disappointing defense is one of the major reason behind their cold streak of late. When looking at their past 10 league fixtures, they have only won twice.

Rovers will definitely have a chance to score past this Harrogate outfit. Considering the weak defense and strong offense of Harrogate, expect goals in plenty at Memorial Stadium on Saturday in this League Two fixture.

Bristol Rovers are unbeaten at home since 7 league fixtures. They have only lost once in the past 10 home fixtures across all competitions. They have managed to score in most of those fixtures.

Harrogate have a disappointing form on road of late. They have only won twice in the past 10 on road fixtures in all competitions. Their defense have leaked goals in a worrying fashion too.

By the looks of things, we expect a win for Bristol Rovers. We expect goals from both these outfits.