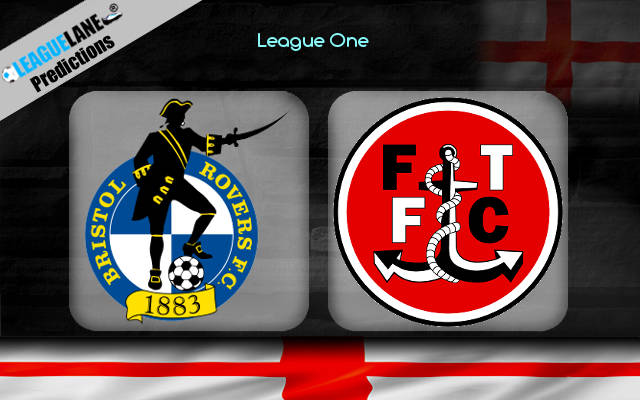 With three winless games in their schedule as of late, Bristol Rovers have slid down to the 15th spot in the league table this season as it stands. They will host after a 0-2 loss at home against Peterborough in the previous encounter in the campaign.

After three wins in their form, Fleetwood was all set to climb further in the table this term. But a loss in the last clash has dropped them to the 10th spot with 16 points from 11 appearances. Their previous encounter was on the road and they lost to Charlton with a 3-2 scoreline.

Bristol Rovers have won only three games in the campaign so far this season after ten clashes in their overall schedule. The host has only one win at home from their five attempts this term and is on a two-game losing streak in their league home matches.

Besides, the Pirates have been out of luck for the past three fixtures in a row, which is why backing the home team seems to be a risky choice.

Fleetwood Town has a slightly better form when compared to the home team in the table. The visitor has a four-point lead over the host in the table, with 5 wins in 11 league appearances so far this season.

Apart from that, the Fishermen have also won only one of their five outings in the campaign. However, three consecutive wins in the schedule as of late gives time for the guest to make a comeback in the league.

The double chance favoring Fleetwood town will probably be the best bet, as their recent three h2h meetings had resulted in goalless draws.