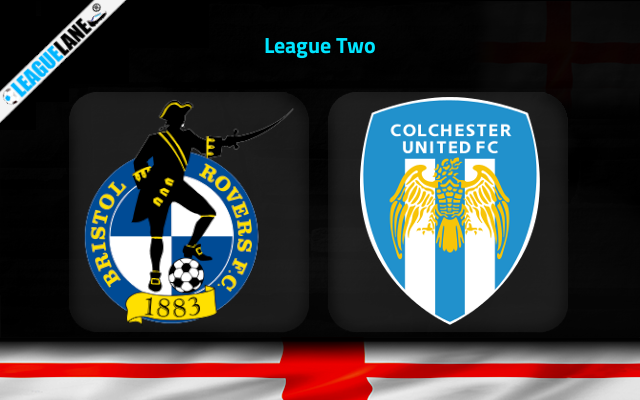 Bristol have been recording impressive displays in the league of late. We saw them collecting 10 points from the past five league fixtures. They are currently 8th on the table with 57 points with the hope of entering the safe zone which is currently away from them with the goals stats.

Bristol won their most recent league fixture against Harrogate at home. The match ended up in a 3-0 ft score. Looking at their recent league results, they have only lost once in the past 8 matches. In fact, they are winless in just two of their past 8 league fixtures.

Meanwhile, Colchester were not pulling up any trees since the beginning of this season. They sits 19th on the table with a total of 39 points, 8 points away from the danger zone. However, they have been improving themselves in the league lately.

Colchester were last seen playing against Scunthorpe away from home. The fixture ended up in a 1-3 win for Colchester. They have doubled their win recording, adding the above with their win against Port Vale before. However, they are still having an inconsistent form.

Bristol are unbeaten at home since December 2021. They have shown their defensive steel by recording a clean sheet in 6 of the past 7 league fixtures at home.

On the other side, Colchester have lost 7 of the past 10 league fixtures on road. They have leaked two or more goals in each of those 7 games. Their defense is a bit worrying of late. Therefore, we can expect them to leak goals in big numbers considering the impressive attacking lineup of Bristol at home.

By the looks of things, we expect a win for Bristol at Memorial Stadium on Tuesday when they meet Colchester in a League Two fixture.