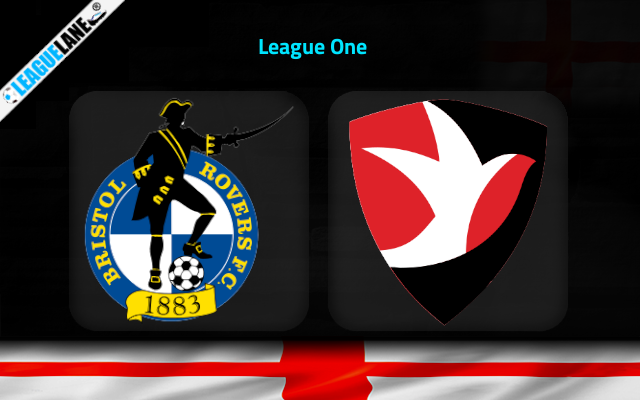 Bristol Rovers vs Cheltenham Predictions and Free Tips from our expert tipsters when the teams go head-to-head in the England League One on Sunday, 1 January 2023.

Bristol Rovers have managed to climb into 10th spot in the table after bagging 10 points from their last five league games. It is essential for them to perform without dropping points at present.

Meanwhile, Cheltenham lost their momentum in the last two matches conceding back-to-back defeats. They are very near to the relegation spot in the standings.

Bristol Rovers can also rely on the recent tradition since they won the previous two encounters against Cheltenham. The latest matchup ended in a 1-4 win for Rovers.

Who will win the match Bristol Rovers vs Cheltenham?

We are counting on Bristol Rovers to pull of an impressive winner on Sunday against Cheltenham. They are on a two-game winning streak at home and might be having enough of spirits to seal a win here.

We quite don’t see the value of backing over 2.5 goals ft bet here since Rovers have often been recording low-scoring affairs here. They have sealed a clean sheet win in the last two home outings and we expect them to maintain that trend.

Cheltenham’s attacking side lacks the firepower to deliver a competitive display. On the road, they have generally been weaker in the terms of goal scoring.

Since Rovers have been successful in claiming clean sheets at home lately, we expect a one-sided affair at Memorial Stadium on Sunday.

Considering all these observations, we like to place Bristol Rovers to win at 1.91 odds as the main bet here.

For the second tip, we like to place the under 2.5 goals ft bet at 1.85 odds considering the recent goal trend of these two sides.