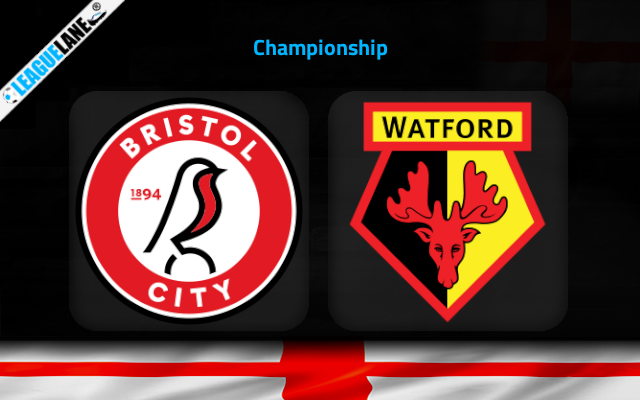 They had opened up with unbeaten outcomes, displaying their desperation of losing a spot in the previous season. But, they failed to maintain it further as they recorded a set of inconsistent recordings.

However, Watford will come into the clash following on from a 2-0 win against Reading in their previous outing. Their immediate objective will be to claim more victories and maintain a winning streak.

Meanwhile, Bristol City have returned back to the slow start they had in the beginning of the season. They are currently on a four-fixture winless streak in the league.

As a result, their position got pushed down to the bottom half of the league standings, nine points away from their Saturday’s opposition.

But it is worth noting that Bristol possess an offense which is on par with that of Watford. Therefore, expect a goal from them even if they faces a defeat on Saturday at Ashton Gate.

Watford have an upper hand in the head to head tradition at this stadium. As for the home team, there is no such good performances from them here at present since they are on a four-fixture winless streak here.

Considering all the above observations, expect a victory for the visiting side Watford when they lock horns with Bristol City.