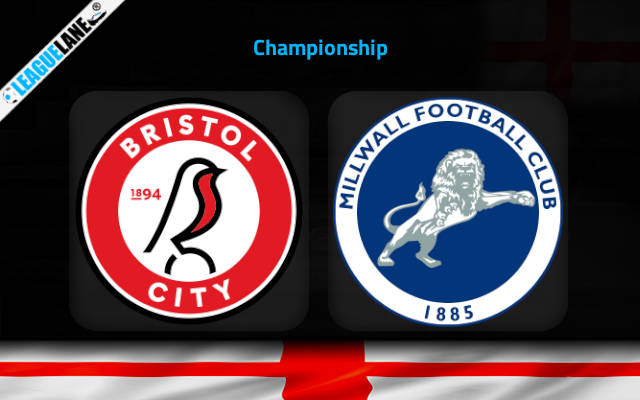 Bristol City will welcome Millwall to Ashton Gate Stadium as the teams kick off the Championship fixtures for Sunday.

Having played just thrice and losing once in December, Millwall has to make up ground considerably, if they are having any ambitions of challenging for the playoffs.

Winless in about a month now and with the teams below them breathing down their necks, Bristol City can not take things easy now as just three teams lie between them and the relegation zone.

Andreas Weimann’s brace was not enough to gain any points for Cider Army as they lost 2-3 at home against Huddersfield Town in their most recent fixture.

Taking seven points from the last five fixtures, the club is 18th in the league with just five points separating them from their opponents for Sunday.

Tom Bradshaw scored the only goal of the match in the 79th minute to seal the win for the Lions against Coventry City in their most recent fixture away from the Den.

With just a loss and three wins from their previous 5 fixtures at home, I do see a win for the hosts in this fixture. To further add to it, the visitors have just one win and three losses in their previous five fixtures on the road.

The Lions have not scored more than once in their previous five fixtures on the road. Furthermore, all but one of their away fixtures saw them scoring less than 1.5 goals. Hence I have backed the wager in this fixture.