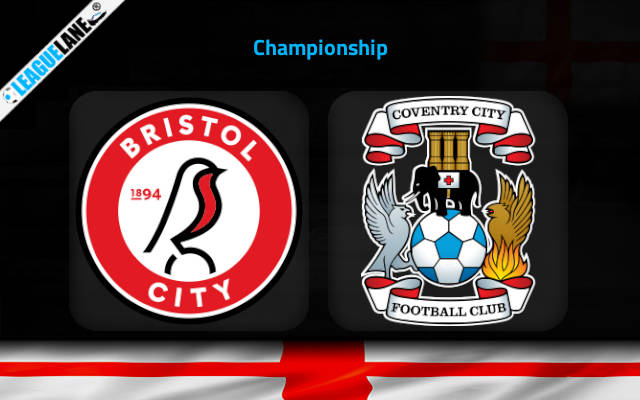 Manager Mark Robins is finally relieved as his team Coventry won their first game of the season. They will look to build on this as they will travel to Ashton Gate Stadium to clash with Bristol City.

The host are going through a very rough form. They are on a three-game losing streak this season. In their most recent outing, they lost to QPR by 2-1. In that game, Nahki Wells scored the only goal in the 61st minute of the game.

Following this result the team is at the thirteenth position on the league table. Moreover, this is their fifth defeat of the campaign so far.

The visitors who are at the bottom of the table managed to upset Middlesbrough last time. It was Victor Gyokeres who scored the only goal at the 17th minute of the game. The game ended in a 1-0 scoreline for Mark Robins’ team.

Do also note that the visitors managed to register four shots on target against Middlesbrough.

Moreover, Gustavo Hamer will be available for selection in this upcoming fixture. He received a red card in the goal less draw against Birmingham last month.

The recent form is looking very weak for Bristol. They are on a three-game losing streak. Moreover, they have conceded six goals in those three matches.

Do also note that, Nahki Wells has scored three goals in his last two appearances. The team’s strength lies in its attacking frontline. They are scoring goals at the rate of 1.82 goals per game.

Therefore, we can expect a Bristol to dominate this game despite showing weak performances in recent times.

Our prediction is that Bristol City will win – at 2.20 odd. This is after considering that the host have won two of the last four meetings against this side at Ashton Gate Stadium

Our second tip for this game is that Nahki Wells to score anytime – at 3.00 odd. He has scored six goals in his last ten appearances.