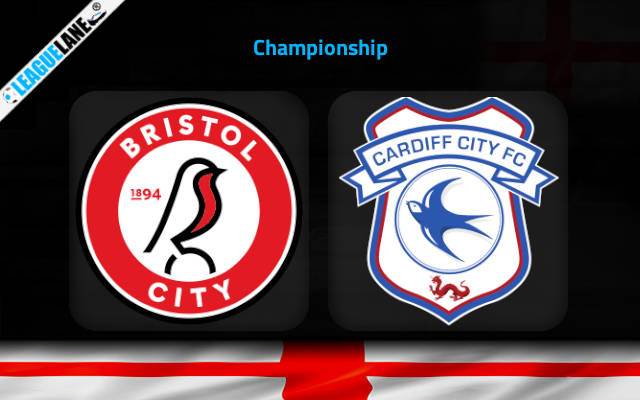 Bristol City were having a winless slump this season before sealing a three pointer against Luton in their most recent Championship fixture. With that win, they have managed to wove a thread of two unbeaten games in the league.

On the other side, we have a Cardiff team following an inconsistent form in the league. As like Bristol City, Cardiff also follows a streak of two unbeaten games in the league at present.

The hosting allowance will be included among those factors contributing to this desperation positively. The coming Tuesday will see The Robins welcoming the travelers, Cardiff in a Championship match-day at Ashton Gate Stadium. The similar form of both will ensure an interesting affair.

Cardiff had a positive start to this season. They opened up with a win against Norwich at home. Instead of maintaining it, they turned inconsistent recording a defeat. They recorded a win and a draw further. Their current run is perplexing.

Bristol City had a much worse start in that perspective. They were occupying a red spot before recording a clean sheet win against Luton in the past match-day.

On top of that, The Robins owns a decent home form at present. In the recent 10 home outings, Bristol have lost only once. This displays how secure they are when playing at home.

Morison might be aware of the away form his team possess at present. They are winless in all the two fixtures they have played this season on the road.

Analyzing the above stats, we are backing Bristol City to end up sealing a three pointer from this fixture against Cardiff. We also expect goals from either sides.