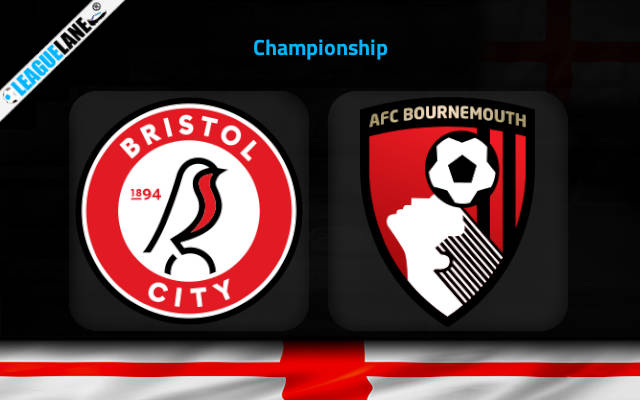 After missing out on promotion straight back to the Premier League last season after a semi final defeat against eventual playoffs winner Brentford, Bournemouth has been dominating Championship opponents this season, they will look to keep the momentum going with a win against Bristol City this weekend. Read our preview and predictions with the best tips here.

After ending last season in 19th position without registering a single win in their last 10 games, Bristol City has done well for themselves and are currently sitting in 9th position in the Championship table. They have registered 16 points to their tally through 4 wins and 4 draws.

They have just 1 loss in their preceding 5 matches and have added 8 points to their tally from those fixtures. They seem to concede nearly the same amount of goals as they score and have been involved in only 2 games with a scoreline of over 3 goals per match.

Being the only club that is undefeated in the league, Bournemouth has had a near perfect run leading into the match, they have added 13 points to their tally in the last 5 matches.

Although they have scored a healthy number of goals it is their defence that truly sets them apart from the remainder of the division. No other team has conceded fewer goals this season. Solanke has been producing his career best performance this campaign and has scored 7 goals already.

The Robins have improved considerably this season and are getting vital points in the league however, they are unlikely to cause any problems to their opposition despite having the home advantage on their side.

The Cherries are all set to continue their dominance in the league and extend their unbeaten streak.

A comfortable win for the visitors is on the card and we are backing Dominic Solanke to get on the score sheet.

Tips for Bristol City vs Bournemouth