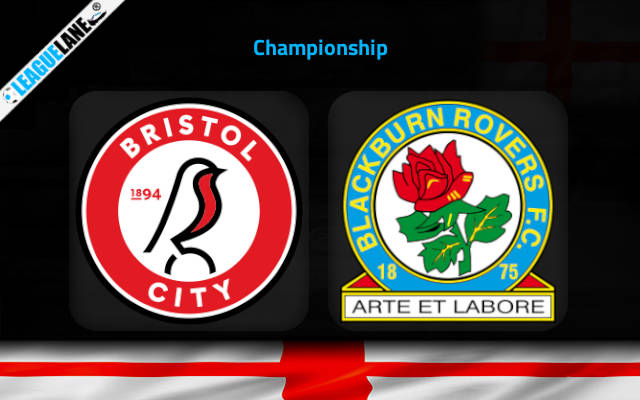 Matchday 16 of the Championship saw Blackburn recover from their 7-0 demolition against Fulham to hand Sheffield United a 3-1 loss.

While Bristol City were not able to win any points despite getting the lead on 2 separate occasions and having a 1 man advantage in the second half. They ended up losing 3-2 against Coventry City.

These teams are set to compete against one another this Saturday in a Championship fixture at Ashton Gate. Read our Preview, Predictions, and Betting Tips with Analysis here.

The Robins never really troubled Championship opponents throughout the season but have been awful recently with just a win in their preceding 6 fixtures. They are 19th in the league with 19 points and are 7 points clear of the relegation zone.

The visitors on the other side got off to an incredible start to the campaign losing just once in their opening 9 games in the league, they have since had a slight drop in form and have lost 4 games. They are 7th in the league, outside the promotion spots only on goal difference.

Bristol City are going through one of their worst run of games in recent memory losing 5 of their 6 games. We do not see them troubling the visitors who have 3 wins in their last 4, despite having home advantage.

Brereton has been carrying the Rovers attack contributing to 46% of the teams’ goals. The Chilean forward who is currently the league’s joint second highest goal scorer has scored in all but 2 of the teams’ wins this season.