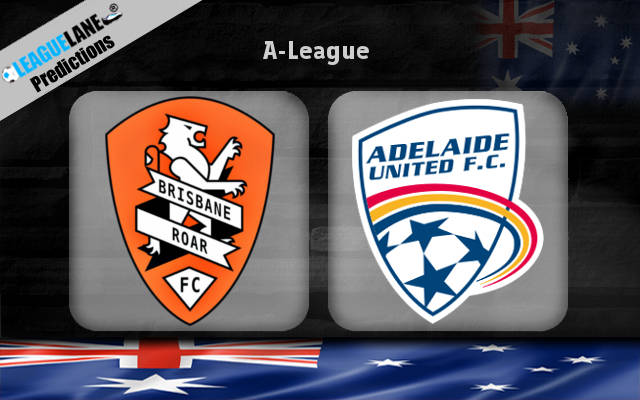 Both teams will be determined to secure a win in this single-off Elimination Final. However, Brisbane are in better form, and they are also at home. Note that Adelaide are also going through a rough patch on the road. Likely, expect Roar to win this Sunday.

Brisbane had the second-best defense in the whole league, and they also have been on a good run at home lately.

Meanwhile, Adelaide have the worst defense of all the teams that have qualified for the Finals Series. They are also on a struggling stretch at the moment – and especially on the road they have been on a worrying streak for some time.

By the looks of things, expect a dominating display from Brisbane.

Brisbane were unbeaten in 18 of their preceding 25 overall fixtures, and they had scored two or more goals in three of their last five match-ups.

At home, they had lost just once in the past nine appearances, and this sole loss had come against Sydney – one of the best teams in the competition.

Taking into account these observations, expect a Brisbane victory this Sunday.

In addition, as this is a knockout, and with either team determined to make it through to the next round – expect goals in plenty this weekend.