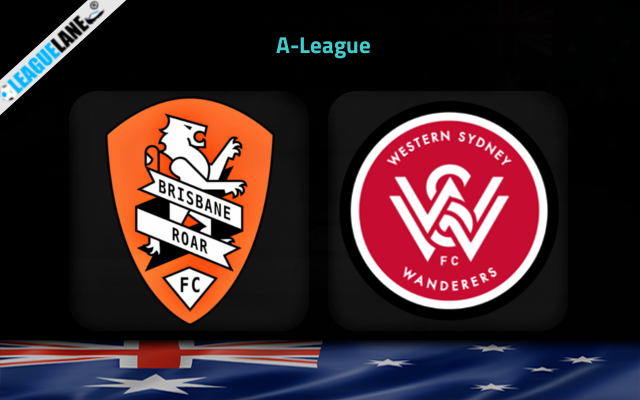 Brisbane Roar vs Western Sydney Wanderers Predictions and Free Tips from our expert tipsters when the teams go head-to-head in A-League on Friday, 23 December 2022.

Brisbane Roar got their second win of the season as they edged past Newcastle Jets. They have a decent unbeaten record in this campaign.

At the same time, things are not looking good for WS Wanderers. They are on a two-game winless run. Most recently they conceded their second defeat of the season as they lost to Western United by 1-0.

Both teams have already met four times this year in all competitions. The host are unbeaten on all four occasions.

Last time the visitors won against this team at this ground was over three years ago.

Earlier this year, the host celebrated a 3-0 victory against WS at their home ground.

Who will win the match between Brisbane Roar and Western Sydney Wanderers?

The host are favourites to win this fixture. The two main reasons are that they have a very strong record against this team this year. The visitors have struggled to win against Brisbane. Moreover, they are winless in three of their last five outings.

At Moreton Daily Stadium over 2.5 goals have been scored combined in four of the last five meetings. We can expect the same trend to continue this time as well.

We can expect both teams to find the back of the net. This is after considering that in four of the last seven head-to-head meetings, both teams have scored.

You can back the following as our first tip is that Brisbane Roar will win this game– at 2.50 odd. They are unbeaten in the last four consecutive head-to-head meetings against this team.

Our second tip is that Over 2.5 goals with Both teams to score – at 2.20. At Moreton Daily Stadium, both teams have scored a combined total of nine goals on two of the last four occasions.