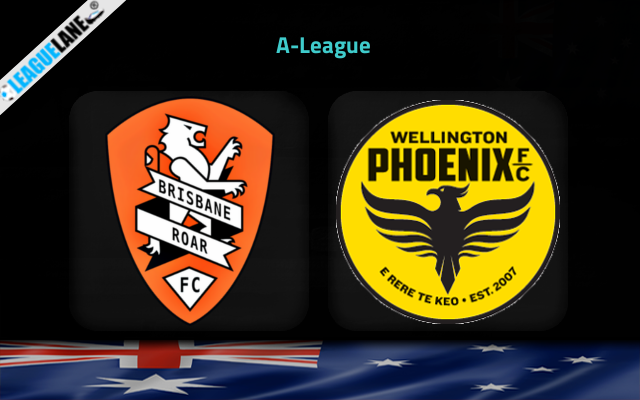 Neither Brisbane Roar nor Wellington Phoenix have succeeded in occupying a spot inside the promotion zone consistently. Both these A-League outfits will meet each other at Moreton Daily Stadium on Wednesday.

Brisbane Roar sits second from the bottom on the table. They have collected six points from the past 5 fixtures to add up to a total of 17 points. They have an average offensive and defensive lineup.

Brisbane Roar recorded a 2-3 defeat against Western United in their most recent league fixture. They are now on the back of two subsequent defeats in the league. They will be hoping to cut their current streak of losing run.

Meanwhile, Wellington Phoenix sits 7th on the table, at the edge of the promotion zone. They have collected 7 points from the past 5 league fixtures to add up to a total of 24 points on the table. They have the same goal scoring and preventing stats of Brisbane Roar.

Wellington Phoenix recorded a 2-1 win against Perth Glory at home in their most recent fixture. The above win was recorded after two back to back defeats faced by them in the league. Following that, they will be hoping to make that win count.

By the looks of things, we expect a highly competitive affair between these two outfits as they both seems to be desperate to seal a win from this A-League fixture.

Both these outfits are on the back of a couple of losing fixtures at respective patches. When looking at those recordings and their recent head to head stats, we back the draw option which seems to be ideal for this fixture.