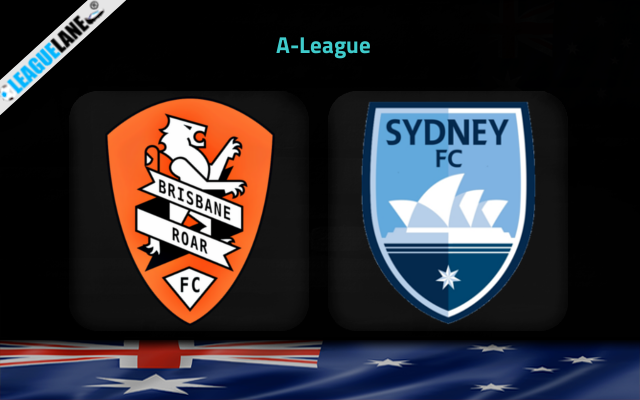 Brisbane Roar have been following an inconsistent form in the league of late. Their inconsistency resulted in their positioning on the table. With a total of 23 points, they are currently at the 11th spot of the table.

Brisbane Roar recorded a 0-2 defeat on road against Central Coast Mariners in their most recent league fixtures.with that defeat, they are currently having a streak of six winless games in the league. They will be hoping for a better display from the upcoming fixture.

Meanwhile, Sydney FC have been also recordings inconsistent displays in the league of late. We can see them recording a defeat frequently. Those negative displays pushes them away from the safe zone. Currently, they are at the 8th spot of the table.

Sydney FC recorded a 1-4 defeat at home against Melbourne Victory in their most recent league fixture. It was their third defeat in the past 5 league fixtures. Such recordings wont help them in achieving their target if their aim is to find a safe zone spot.

The home form of Brisbane Roar is not that impressive. They are winless in five of the past 6 league fixtures at home. Four of them were negative displays.

On the other side, Sydney FC won two of their past four on road league outings scoring two or more goals. On top of that, they have a strong head to head form against Brisbane Roar of late.

Therefore, we are left to back Sydney FC to seal a win from this fixture against Brisbane Roar when they both meet on Tuesday.