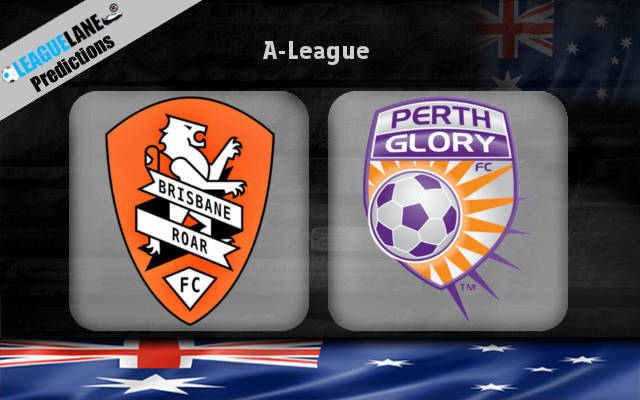 Brisbane Roar is dead last on the league table at the moment. They have no wins so far and look forward to achieving more wins. Their last match was against Western United, where the team couldn’t score a goal against the opposition ending the match in 0-1 FT score.

Perth Glory is in the eighth position on the league table with 4 points. The team played against Melbourne City in their last match, which ended in a loss. Perth couldn’t score a goal after City scored an 88′-minute decider ending the match with 1-0 FT score.

Brisbane have 1 draw and 3 losses in their league matches so far, which means they are on a 4-game no-win streak from the beginning of the season. The team has also failed to score in three of their matches.

Brisbane has played only 1 home match in the league this season. Their last home match against Adelaide United ended in a goalless draw. In last season, the team however, has won five of their home matches.

Perth Glory has 1 win, 1 draw and 2 losses in A-League so far. They were in the ninth position in last season. Also Perth failed to score in the matches they failed. They have played in the FFA Cup also and their last match was against Melbourne Victory ended in a loss after the penalty shootout.

The visitors have played three away matches, and they secured their only win in this away match. Perth has however only won two of their away matches in the last season.

Last season’s fourth positioned Brisbane are not a team to be taken lightly. They will pick up their pace at any moment, which will make their opponents have a hard time. Both teams have caliber and will aim for the 3-points in the next match.