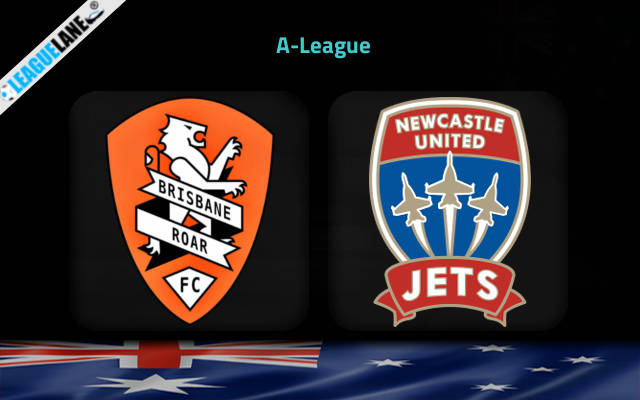 Brisbane Roar and Newcastle Jets face off in what promises to be an entertaining match as we head into a crucial stage of this season’s A-League. Roar will host the Jets at Moreton Daily Stadium on Sunday in a game that both sides cannot afford to lose.

The Jets are at 9th spot on the standing with 22 points from 18 games. They won on 8 games while drawing on 4 and losing on 8 other fixtures. The visitors have been average this campaign, but there has been a slight improvement compared to last season when they finished second last.

Coming away previously with only one point after facing bottom of the table Perth Glory, the Jets will be hungry for a win. They are currently on a 3-game unbeaten run the league. In the course of their 6 previous matches, Arthur Papas’s men have slotted home 10 times thus giving them the goals scored per game average of 1.67.

On the other side, The Roar resides at the second last at 11th position on the table with 17 points. Of the 18 matches played, they won 5 games while drawing twice and losing on a hefty 11 fixtures. Their chance is hanging on by a thread, since it looks like they need to win almost every one of their games for the rest of the season to have a shot at qualifying for finals.

Brisbane Roar registered their 3rd consecutive league loss, previously against Wellington Phoenix by 0-3 margin. The Roar are heavily under-performing, and are in the midst of a disappointing season after finishing as fourth last year.

Coming into this one, Brisbane Roar lost at home since the past 3 league games. But they remain unbeaten against this foe in the last 3 h2hs.

Meanwhile, Newcastle Jets lost 4 times in succession, of their last 5 games played on road. No matter the result, the game will be entertaining, as both teams will be fighting desperately to keep their seasons alive.

It seems like Brisbane will benefit with three points from this match-up.