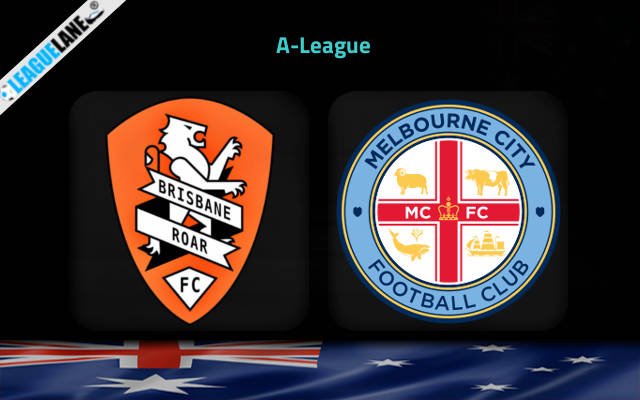 Postponed match of A-League between Brisbane Roar and Melbourne City will take place on Wednesday at Brisbane.

Brisbane Roar had a rough start to their matches this season. However, the team still can’t keep their form consistent, which resulted in the team staying in the bottom half of the league table. From the last five matches, the team has won in five and lost in five.

Brisbane played their last match against Perth Glory. Brisbane scored four goals in the match and defended their post well, only allowing the opposition to score once and that too at the 90’minute. With the win in the last match, the team has won in the last two consecutive matches.

Melbourne City has played well in their matches throughout the season. The team is currently unbeaten in the last seven matches. Their strong performance has placed the team as the first team on the league table and they have earned 34 points from their matches so far.

Melbourne City played their last match against Melbourne Victory, in which both teams scored a goal each, ending the match with 1-1 FT score.

Brisbane Roar will have a tough time in Melbourne City as their opponents. Brisbane has not had the best season so far while Melbourne City is unbeaten in their last seven matches and has put on some strong performance.

I believe the match is most likely to end in a win for Melbourne City. Both teams have scored in their most recent matches. So, we can expect them to contribute to the scoreboard in this match as well, ending the match with over 2.5 goals.