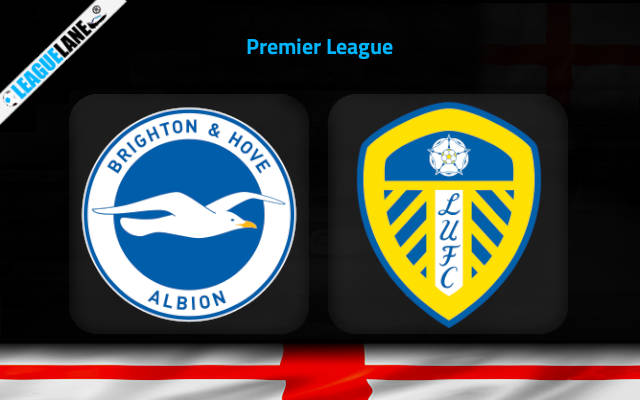 Leeds should count their lucky stars for having avoided relegation the last season and that too on the last match-day. Meanwhile Brighton had secured a top-half finish the previous season in the English top flight, and as such will be determined to repeat this feat once again.

Not only did they finish 9th in the table at the end of the previous campaign, but they had missed out on a ticket to one of the European competitions by a margin of just 5 points.

The confidence they have derived from this achievement is not small. They have been unbeaten so far in this new campaign and disregarding a draw they have a 100 percentage winning record as well.

It also needs to be mentioned that they have been on a long stretch of impressive performances and they have been finding the back of the net in plenty.

Meanwhile, this is really a second life for Leeds. It was almost a foregone conclusion that the team was relegated to the Championship at the end of the last campaign, only for the Peacocks to deliver a great performance on the last match-day.

If not they would have really bid goodbye to the top flight.

But ever since they have been on a good run and are consistently scoring goals. As these two teams lock horns with each other this Saturday, it is expected that goals will come in plenty.

Brighton were unbeaten in 12 of their past 13 overall fixtures and in the process they had gone on 3 separate 2-game winning streaks. It also needs to be mentioned that the last they lost in front of their home crowd was back in March.

On the other hand, Leeds had won 3 of their last 4 encounters and they had remained unbeaten in 9 of their past 10 fixtures. Moreover, their only defeat away from home since the first week of March had come against current table-toppers Arsenal.

By the looks of things, expect goals to come in huge numbers the Saturday.

Tips for Brighton vs Leeds