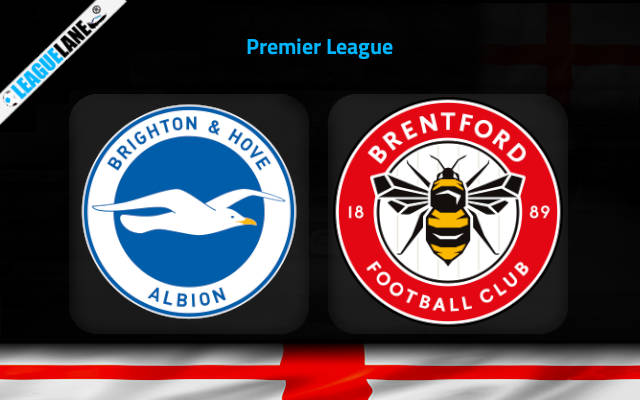 Brentford had started their campaign on a great note, and then somewhere along the way, their form fell off. Recently they have been on a resurgence, and have once again built some momentum. And on top of that, they have shown a killer instinct in games against some of the weakest teams in the league.

And Brighton is such a weak squad. They have been a total lost cause right from the start of 2021-22. They are on a long winless run, and are conceding goals in huge numbers as well.

As things stand, expect Brentford to grind out a win this Sunday at the Amex Stadium.

Brighton lost 0-1 at home the last match-day, against Wolves. They are also on a 12-game winless streak, and the last they recorded a win at home was back in September.

They have been conceding goals in plenty right from the start of the season, and even at home, they have been unable to showcase any kind of domination.

On the other hand, Brentford had recorded a 2-1 win at home the past game week, against Watford. They were also unbeaten in four of their last five fixtures, and they had scored two or more goals in three of their former five matches.

Moreover, they had scored two or more goals in five of their last seven road trips, and only twice have they lost away from home this whole season.

By the looks of things, expect a win for Brentford this Sunday.

However, they have been facing issues with defense lately, and on top of that Brighton are at home, and they have the better h2h record at this venue over the years.

As such, expect goals to come from either side of the pitch.